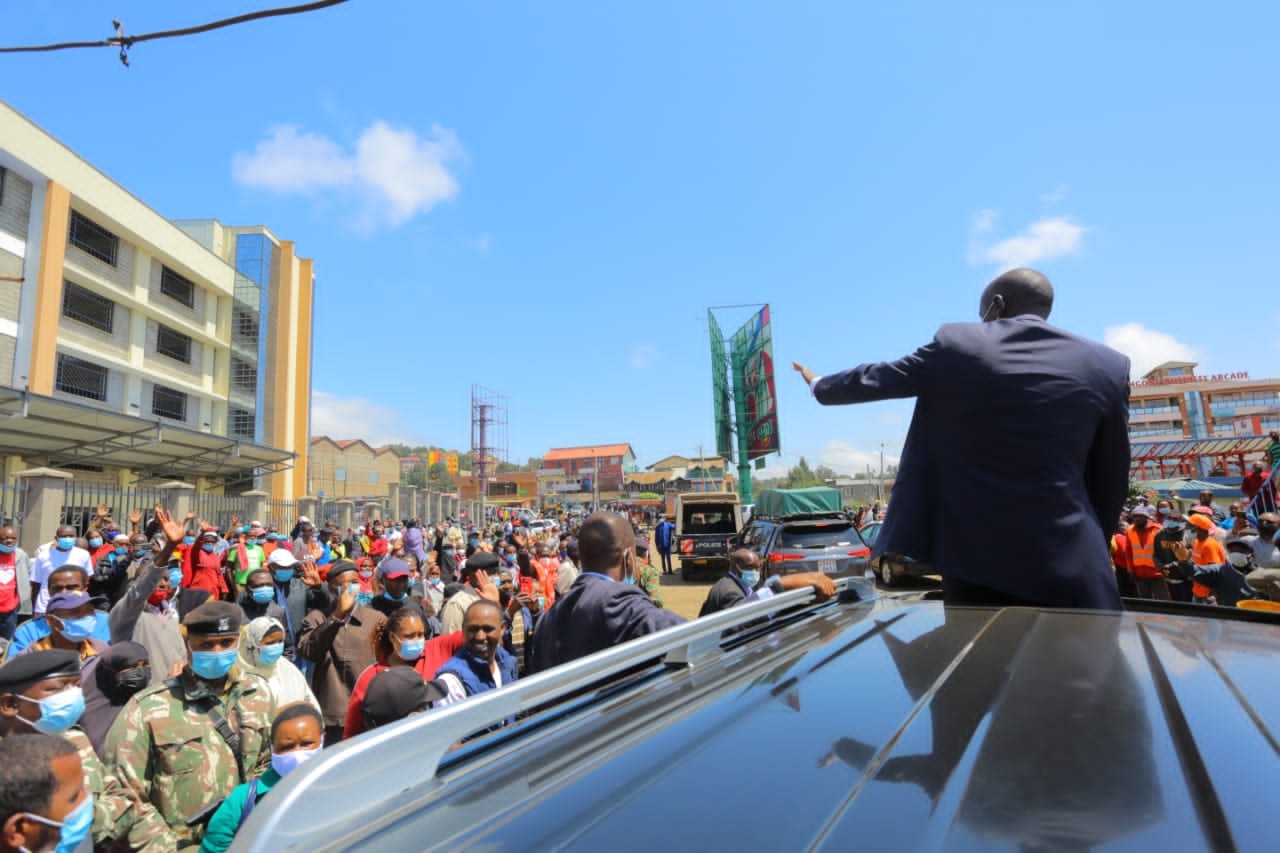 The completion of Ngong Market is a timely boost for Ole Lenku as he will use it to endear himself to the people of Kajiado North, who overwhelmingly voted for him in 2017

Kajiado governor Joseph Ole Lenku has issued a ban on all hawking activities within Ngong Town.

The move is aimed at ensuring maximum utilisation of the newly constructed Ngong Market. The market is a joint venture between the County Government of Kajiado and the National Government.

The market which has transformed the skyline of Ngong Town will host a total of 2,000 traders. Construction of the market begun two years ago.

During the opening ceremony, Governor Ole Lenku cautioned area residents against falling victim to unscrupulous people out to con wananchi by asking for money ostensibly to allocate stalls in the market. “The process of allocation of stalls has been done justly with priority being given to the original traders at the old market,” explained the governor, when he officially kick-started the process of relocating traders to the new market on Tuesday.

The governor thanked the World Bank for funding the project.

Built at an estimated Ksh800 million the four-storey Ngong Market is arguably the biggest in East and Central Africa. The project was funded by the World Bank in partnership with the Nairobi Metropolitan Services Improvement Project (NaMSIP), which falls under the Ministry of Transport, Housing and Urban Development.

To facilitate the construction of the market, the 2,000 traders were relocated to a temporary site near Ngong Stadium.

During a ceremony to mark the relocation of traders in the temporary site, then Trade CEC Jacqueline Koin revealed that Kajiado County had almost lost the World Bank funding for the market due to ‘non-compliance’ with Word Bank directives, by the previous government of David Nkedianye. “We had to enter into delicate negotiations with the World Bank team, where we promised to comply with all requirements,” explained Koin.

According to her, World Bank and NaMSIP had earmarked four markets in Kajiado County for a facelift. These are Ngong, Kitengela, Ole Kasasi and Kware. The fate of the other three markets hangs in limbo.

The completion of Ngong Market is a timely boost for Ole Lenku as he will use it to endear himself to the people Kajiado North, who overwhelmingly voted for him in 2017. He currently faces an uphill task in the constituency as all MCAs in the region, bar one, are openly supporting bitter rival, Kajiado South MP, Katoo Ole Metito.

Whether this market will turn the tide in his favour, in 2022, only time will tell.

From a Standard Eight dropout to a multiple degree holder, the inspirational story of Jonathan Mpayeiyo

Ngong Traffic cop in coma after being thrown off moving canter

Madaraka: Lenku outlines his efforts in war against Covid-19