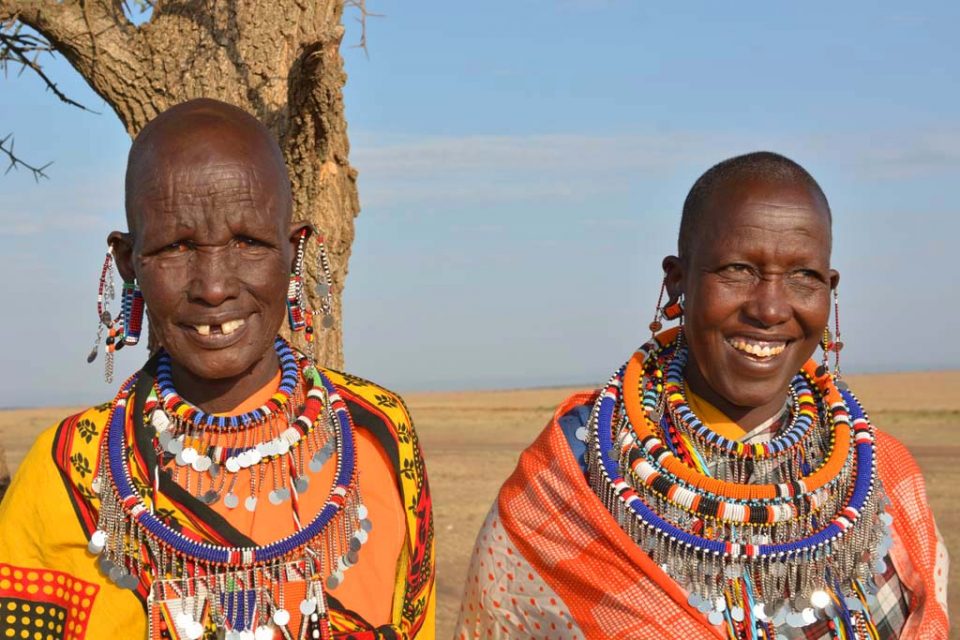 Did you know that a child with mucus running down its nostrils was in the old days an indication to the father that the mother is not ready for sexual intercourse?

This was revealed to us by Margaret Meoli, a 67-year-old naretisho — or Maasai traditional birth attendant — based in Maili 46 in Kajiado West.

Meoli told Kajiado Star how Maasai women used to practise family planning methods before the onset of contraceptives. This was knowledge that was passed down from generation to generation.

“Women of our age treasured the wellbeing of their children more than satisfying their husbands sexually,” she said.

As a midwife, Meoli has facilitated about 200 births and claims she can tell whether a woman has engaged in sexual intercourse during her pregnancy.

“At delivery, a child whose mother was sexually active during pregnancy is covered by a yellowish discharge, and is considered a “dirty child” and would grow up to be weak or deformed,” she said.

Such a mother, Meoli narrates, would receive a severe beating from older women and in certain times could even be sent back to her parents’ home. This, she says, was meant to be a “lesson” to other women who may be tempted to have sex during pregnancy.

“As soon as the woman realises that she is expectant, she can only have intercourse in the first three months but as soon as the baby’s features start forming, she should desist from having sex until the baby is more than two years old,” says Meoli.

“When the child in your womb gets into contact with a man’s semen, this interferes with the formation of physical features leading to a weak child,” she adds.

She advises against sex for a woman who has newly delivered as this would affect the quality of breast milk.

“During such a time, any infection the husband carries will be transmitted to the wife and eventually towards the baby’s breast milk,” she cautions.

Meoli says that men in the olden days were greatly concerned with the wellbeing of the child and mother, and thus respected the wife’s wish for abstinence during such crucial periods.

The naretisho is critical of men who do not conform to traditional values of the community and who demand sex from their wives before the baby is weaned.

“In the past, a father took great interest in the wellbeing of their children to an extent of a wife getting a beating if a child looked neglected. They gave their wives enough time to nurture the children before getting another child,” explained Meoli.

She added that when the husband agrees to stay away from the wife for two years, such a man was rewarded with a healthy child and when the wife is ready, the husband will first carry the baby around to confirm if the baby’s weight was worth the wait.

“Our manyattas had separate beds for the wife and husband and thus abstention was easier to enforce. Women today are obsessed with the act; they love it more than their children,” she says.

Still, due to the Maasai nomadic lifestyle, fewer and stronger children meant that it was easy to move during migration periods.

However, such lengthy periods of abstinence do not go down well with the younger generation of wives, who now say their husbands do not have their welfare and that of the children at heart.

“Two years is a long time for us to stay away from our husbands; they demand the act as early as four months after delivery,” says 27-year-old Mary Kilena. “We are left with no choice but to use contraceptives.”

Nailantei Kileku, who heads the Midwifery and Reproductive Health chapter of the National Nurses Association of Kenya, concurs with idea of putting the child’s wellbeing first, but disagrees that sex during pregnancy would harm a child.

“The cervix acts as a door to the womb; once a lady is expectant it closes until delivery time. This means that nothing gets into or out of the uterus; the child is safe,” says Nailantei.

“The baby is protected by strong uterus muscles, amniotic fluid, and a mucus plug that develops around the cervix; if the pregnancy is uncomplicated, it is safe to have sex during pregnancy,” she adds.

She nonetheless urges men to be faithful during this period to avoid infecting their pregnant wives and ultimately the child.

“There are certain conditions where an expectant woman can avoid having sex, for example if the woman has had a history of cervical incompetency, heavy bleeding, and vaginal infection, and in case of a low-lying placenta,” Nailantei says.

I have read so many articles or reviews about the blogger lovers but this piece of writing is actually a fastidious post, keep it up.|

Greetings! This is my first visit to your blog! We are a team of volunteers and starting a new project in a community in the same niche. Your blog provided us useful information to work on. You have done a wonderful job!|

I think this is one of the most significant information for me. And i am glad reading your article. But should remark on some general things, The site style is perfect, the articles is really nice : D. Good job, cheers|

I blog frequently and I seriously appreciate your content. This article has really peaked my interest. I’m going to book mark your site and keep checking for new details about once a week. I opted in for your Feed as well.|

Hey just wanted to give you a quick heads up. The words in your article seem to be running off the screen in Chrome. I’m not sure if this is a format issue or something to do with web browser compatibility but I thought I’d post to let you know. The layout look great though! Hope you get the problem resolved soon. Kudos|

I’m truly enjoying the design and layout of your site. It’s a very easy on the eyes which makes it much more enjoyable for me to come here and visit more often. Did you hire out a designer to create your theme? Outstanding work!|

Your mode of telling the whole thing in this paragraph is actually good, all can simply be aware of it, Thanks a lot.|

My developer is trying to persuade me to move to .net from PHP. I have always disliked the idea because of the expenses. But he’s tryiong none the less. I’ve been using WordPress on a variety of websites for about a year and am worried about switching to another platform. I have heard good things about blogengine.net. Is there a way I can transfer all my wordpress content into it? Any help would be really appreciated!|

Hi to every one, it’s really a fastidious for me to visit this web site, it contains useful Information.|

whoah this weblog is great i like reading your posts. Stay up the good work! You know, many persons are hunting round for this info, you could aid them greatly. |

This design is wicked! You obviously know how to keep a reader amused. Between your wit and your videos, I was almost moved to start my own blog (well, almost…HaHa!) Great job. I really enjoyed what you had to say, and more than that, how you presented it. Too cool!|

You could definitely see your enthusiasm in the work you write. The sector hopes for even more passionate writers such as you who aren’t afraid to say how they believe. Always follow your heart.|

Thanks for some other informative site. Where else may I get that type of information written in such a perfect manner? I have a project that I am simply now operating on, and I’ve been at the look out for such info.|

Hey there! Quick question that’s completely off topic. Do you know how to make your site mobile friendly? My web site looks weird when browsing from my iphone4. I’m trying to find a template or plugin that might be able to fix this problem. If you have any recommendations, please share. Cheers!|

Please let me know if you’re looking for a author for your blog. You have some really good articles and I feel I would be a good asset. If you ever want to take some of the load off, I’d really like to write some content for your blog in exchange for a link back to mine. Please send me an e-mail if interested. Thanks!|

Hello there! Do you know if they make any plugins to safeguard against hackers? I’m kinda paranoid about losing everything I’ve worked hard on. Any suggestions?|

Thank you very much

i bookmared your site

Hi there, just became alert to your blog through Google, and found that it is truly informative. I am going to watch out for brussels. I’ll be grateful if you continue this in future. A lot of people will be benefited from your writing. Cheers!|