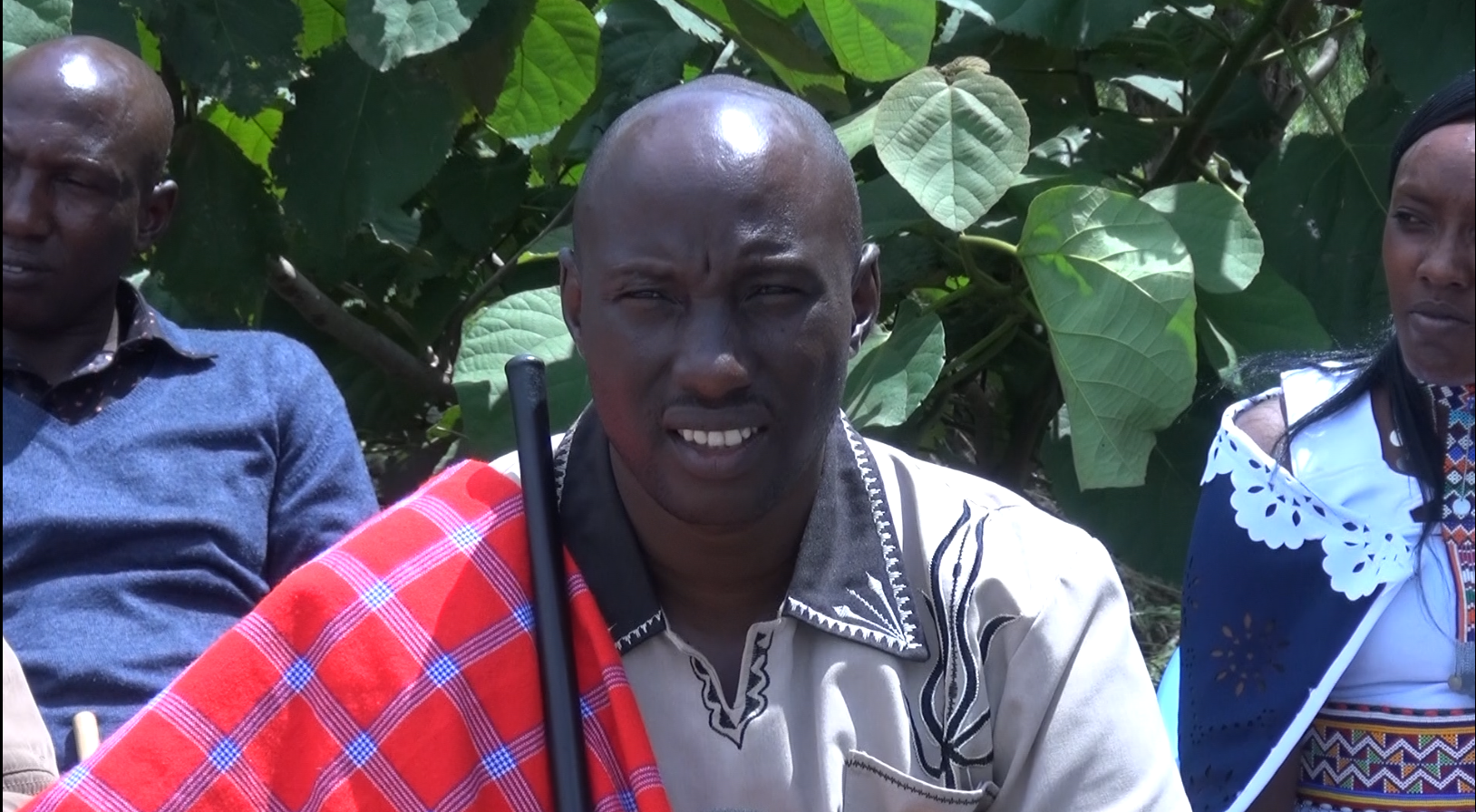 “I want to use my training and expertise in uplifting the lives of my people and that is why I have offered my candidacy for the position of MCA, Kaputiei North Ward, in Kajiado East.”

As a young boy, going to Olturoto Primary School, in Kaputiei North, Janathan ole Mpayeiyo could not even afford exam fees for the KCPE exams. “When the teacher asked me to go look for the money, I packed my books and left. I knew this was the end of my schooling,” he recalls.

His only option was to dive headlong into the life of a herds boy. “The teacher must have read my mind for he sent a pupil to summon me back to school,” says Mpayeiyo. “He offered to pay my exam fee and that is how I ended up sitting for KCPE.”

After his exams again, there was no money to enable continue with his education. Somehow, he could not escape his fate of being a herds boy. “I even became a watchman in Nairobi,” says the soft-spoken Mpayeiyo.

After stints being a herdsboy and a watchman Mpayeiyo used his savings to buy a bicycle, which he would use for business. “I would ride my bike all the way to Sultan Hamud and Emali, to buy hides and skin, which I would then sell in Athi River,” he explains.

While still engaged in the hides and skins business, he got wind of recruitment of prison warders and he thought of giving it a shot. Unfortunately for him, he only had Standard Eight qualifications. “Seeing my predicament, an influential acquaintance intervened on my behalf and ensured that I was recruited despite my humble educational background,” narrates Mpayeiyo.

That was in 2001. Despite bagging the prison warder job, Mpayeiyo never forgot the circumstances that landed him there in the first place. “I decided to work hard and educate myself,” he says. And that is how he decided to do his secondary school studies as a private candidate.

In 2010 Mpayeiyo sat for his Kenya Certificate of Secondary Exams (KCSE) as a private candidate and soon thereafter enrolled for a degree in Bible and Theology at the Pan African Christian University. He graduated in 2014 with second class honours.

Not content with just one degree, Mpayeiyo decided to further his studies and in 2018, he graduated with a Masters in Governance, Peace and Security, from the African Nazarene University. “I am also a certified professional mediator, having trained at the Mediation Training Institute,” he adds.

At the work front, Mpayeiyo has also risen through the ranks and is today an inspector of prisons based at the Kamiti Maximum Prison. “I am the Social Welfare Officer in charge of Kamiti Command,” he explains. “At Kamiti, there are around 1,300 officers and their families and I am in charge of their welfare.”

It is also here that he also puts his conflict resolution and mediation skills into use.

There is however, one more challenge for the 43-year-old father of one: “I want to use my training and expertise in uplifting the lives of my people and that is why I have offered my candidacy for the position of MCA, Kaputiei North Ward, in Kajiado East,” says Mpayeiyo also known as Bulls Eye.

He adds that he has what it takes to offer leadership to the people of Kaputiei North Ward, having lived among them and knowing the problems they undergo. “I have experienced debilitating poverty and I have gotten out of it,” he says. “I know what people here go through and with the ideas I have, we can improve our lives together.”

This is not the first time Bulls Eye is expressing interest in a political seat. In 2017, he wanted to vie for the Kajiado East Parliamentary seat, but he explains that prevailed upon by clan elders to shelve his ambition in favour of incumbent Peris Tobiko.

Bulls Eye says he is now ready and that he has consulted the elders who have given him their blessings. “I also have the backing of family members, who know what I am capable of achieving,” he adds.

“I am a man of integrity,” declares Bulls Eye. “I give an undertaking that no single coin belonging to the taxpayer will be lost under my watch. I will personally supervise all the projects being undertaken in my ward to ensure that there is no wastage, no cutting corners and that the people get what they deserve.”

Saying that his leadership style is informed on Christian principals Bulls Eye explains that he has a three-point agenda for the people of Kaputiei North.

Education, he says, occupies a key part of his plam, seeing how the attainment of education has transformed his life. “I will place special emphasis on both formal and informal education for our youth. For formal education I will ensure that school retention is strictly adhered to,” he explains.

As for informal education he explains that for the youth who, for one reason or another are unable to finish school, they will have the option of vocational training, which will equip them with skills that they can put to good use and earn decent livelihoods.

Infrastructure is another key component in his agenda for the people of Kaputiei North. In this regard, he shown by example having donated part of his land for an access road to pass through. “I will not entertain shoddy jobs whatsoever; as I mentioned earlier I will personally supervise all the projects to ensure that the people get value for their money,” explains Bulls Eye.

As well as youth empowerment, Bulls Eys adds that he will also go big on women empowerment. “We all know that when women are well empowered, the whole family benefits,” he says. “Towards that end I will push for the establishment of saccos and encourage the establishment micro finance isntitutions where women can save as well as borrow money to establish small businesses.”

Once he gets into the County Assembly, Bulls Eye says that it matters little to him who occupies the governor’s seat. “I will work closely with whoever is in the office to ensure that I bring development close to my people; that is where my mediation and negotiation skills will come in handy,” he explains. “Leadership is not about me; it is about my people.”

Lenku bans hawking in Ngong as he opens new market