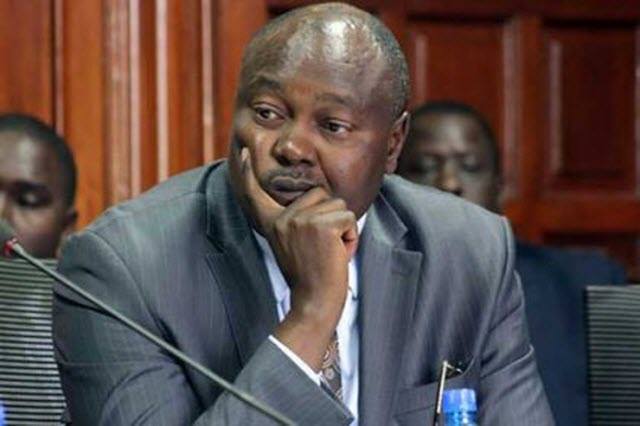 The Kajiado gubernatorial race acquired a new dimension with aspirants opening a new battlefront among prominent families in the county.

The latest episode has seen Governor Joseph ole Lenku and challenger Francis Meja jostling for the support of the Kobaai family that straddles the Ildamat community in Kajiado Central. On Sunday, members of the extended Kobaai called a press conference, at their Ildamat home, to refute claims that they are backing Meja for the governor seat come 2022.

During the event that was presided over by family spokesman, David Kuntai, the Kobaais pledged their loyalty to Ole Lenku, enumerating the various development projects spearheaded by the governor in the area.

The family was reacting to a widely publicised event held last week at the family property, where it was alleged that Meja, the former NTSA director, had bagged the support of the family going into the 2022 elections. Apparently, a close member of the Kobaai family played a key role in the event, where Meja was in attendance. “We disown the information being peddled on social media that our family is in support of somebody (Meja) who came through the back door,” read the family statement.

The family gave the examples of projects like construction Paranai Boys Secondary school, which is near completion, The Paranai Water Dam, done by the National Irrigation Board, through the County Government. They also listed Boreholes that have been sunk in Ormiton, Oliorum and Osuguta, within the Ward, as well as a number of roads that have been tarmacked and murrammed in the area.

Those achievements, said the family, make them ‘to be cemented’ to Ole Lenku’s leadership. “We therefore pledge loyalty to his (Lenku’s) leadership and administration and are in full support of the governor,” added the statement.

To appreciate how influential, the Kobaai family is in Ildamat Ward, one needs to understand that a huge chunk of the Kajiado Municipality lies in Ildamat Ward. It should also be noted that chiefs of Kajiado Town and the neighbouring Paranai Division are members of the larger Kobaai family. Still, several member of the family have been employed by the County Government, according to Kuntai, who has also been appointed by Ole Lenku to be the manager of Ngong Municipality.

Clearly, the family knows where its bread is buttered and wouldn’t like to jeopardise that by antagonising the governor in being seen to be supporting one of his rivals.

At stake, in the tussle to win over the Kobaai family, is the fact that it represents a sizeable population in terms of votes that they can marshall. According to one family member, there are close to 1,500 registered voters within the family, a figure that is likely to rise by the time the 2022 elections are called.

It is therefore clear to see why gubernatorial aspirants are salivating for the endorsement of the family and why too, the incumbent governor wouldn’t want to release his hold on the family, as evidenced by the many goodies he has advanced to them.

Speaking privately to the media, some of the Kobaai family members uncharitably dismissed their kin, who tagged Meja to the homestead as a ‘drunk’, whose decisions are ‘not binding to the family’.

From a Standard Eight dropout to a multiple degree holder, the inspirational story of Jonathan Mpayeiyo

Nkedianye to Lenku: ‘You have no excuse’