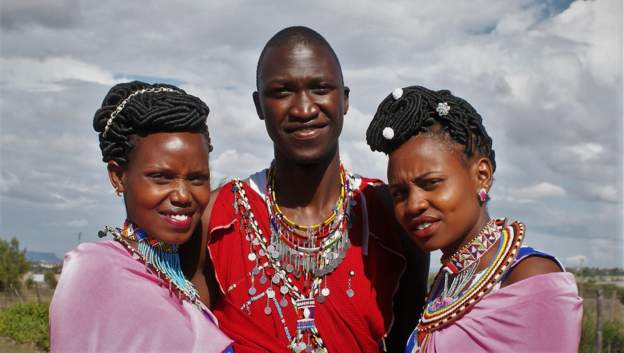 Monogamy is an imposition of the missionary influence in Kenya. For a long time, polygamy — a deeply rooted custom — reigned supreme among the natives.

Polygamy does not also seem to be a practice that can be eliminated in a single generation especially, when the president himself signed into law a Marriage Act which legalizes polygamy and criminalizes homosexuality last October.

The practice of polygamy — as revealed to the Kajiado Star by Samuel Parsintei of Oloilalei village in Entonet Ward of Kajiado South — was functional. He is 65 years old and married to five wives, with 24 children and 39 grandchildren.

“Polygamy in our times was tied to the economic development of a man. Cattle were cared for by wives and children, and since we had many cattle more hands were needed; more wives and more children meant more help, simple!” says Parsintei.

The men then also had big farms and some practised farming and cattle keeping; with that in mind, they had to marry more than one wife so that every economic activity is well taken care of.

Apart from economic factors, Parsintei made us believe that polygamy increased respect. “A man gained respect depending on the size of his household,” he says.

His first wife, Naisimoi Parsintei, is 53 years of age and the matriarch of the home; she narrated that it was her idea to get a second wife for her husband.

“I got married when I was only 13 years; my husband had more than 200 cattle. I could not bear the burden of taking care of the cattle alone and thus suggested to my husband to get me a helper after two years into our marriage,” she says.

“At that age, I was also very lonely and needed a friend as my husband was always away in his other agricultural land in Namelok,” she adds.

Polygamy was also meant to ensure that all women got married; getting married to a wealthy person (a man with many cattle) was ideal for any woman regardless of her number in the marriage list.

When asked if he loves all his wives equally, Parsintei laughed off at the mention of love, insinuating that love is a “white man’s affair”.

“I just ensure that I provide equally for all my wives and children — that is the best love language I can offer. I love them all, but my first wife is ‘special’,” says Parsintei.

According to Parsintei, the first wife is his first partner and when he has something he has to announce to the family, he delegates the role to the first wife, whom he shares everything with.

His home, which is full of energy with children running around him and women laughing, is a sign that polygamy works.

His latest wife, Sarah Naneu, is in her 20s and bows her head to the first wife as a sign of respect. She takes care of most of the household duties at home and Parsintei disclosed to us that she makes him feel young.

“We all live harmoniously with each other. We take care of each other when we are sick. Our main focus is making sure our husband is well taken care of. We set roles for each wife to ensure his economic activities are booming,” explains Sarah.

“Furthermore, I knew one day I will be part of a group sharing a man having grown up in a polygamous family,” she adds.

However, marriages for millennials are the total opposite of native marriages, and they have fully adopted monogamous marriages.

A majority of young urban people fully acknowledge the native polygamous marriage, but maintain that times are different now and people should stick to one person whom they love.

“If a marriage is based on love, there is no way you will go for a second wife, you cannot love two people at the same time,” says Stacy Njeri, a resident of Kajiado town.

A spot check by Kajiado Star revealed that for men, wealth is a great determining factor of marrying a second wife.

“As long as I can afford to take care of both families, I will marry a second wife,” says Samson Parashina, a 30-year-old married man with two kids.

Some women are however concerned with the smaller number of men ready for commitment, and are therefore ready to become second or third wives.

Naomi Saetua, a single mother of one and in her early 30s, claims that the Marriage Act worked in her favour, especially by making it mandatory to register customary marriages.

“Previously, customary marriages were not recognized by law, but today all marriages whether Christian or customary are treated equally,” she says.

“While young I thought that I will be married by now, but all my potential boyfriends are not ready to commit. I would be a second wife to a man if the opportunity arose,” says Naomi.

Youth agenda was sacrificed at the altar of greed, patronage