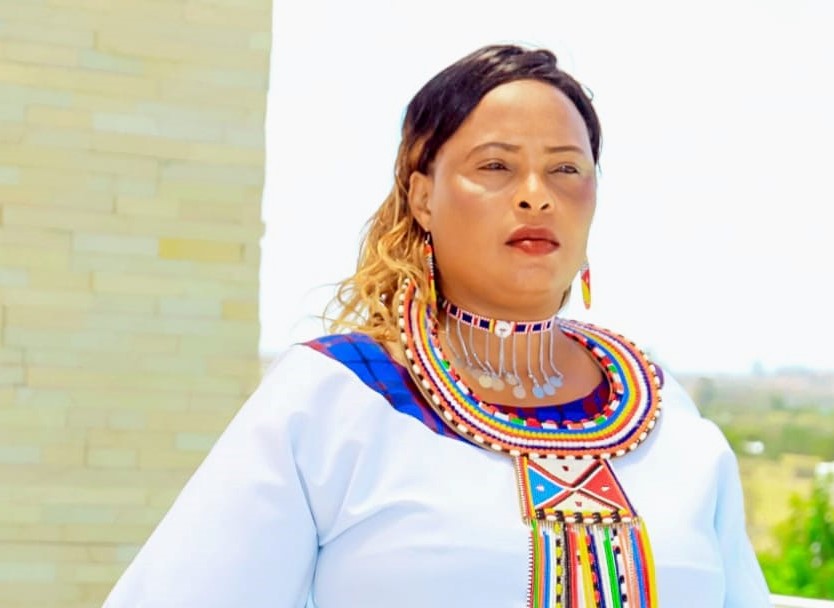 A rich progressive and well defined sound is what Kajiado Gospel industry has developed into. With a cosmopolitan population slowly taking over, a big chunk of the Maa land artist have reserved to singing in their native language.

Surprisingly, the great beats and feel of their music is enjoyed by even those who do not understand the language.

Dorcus Nalutori, however, a bubbly, passionate and motherly gospel artists is among the hig wig gospel artists, has strive against all odds, to take the Maa music to international level. Her songs are well thought off with each song relaying a particular message to the target audience.

Revisiting her first album dubbed ‘Olosho Le Maa’ produced in 2014, Kajiado Star found the message relevant to the current state of the county. The message of her first song was purely meant to urge the Maa Community to stop divisive politics and instead work as a team.

Starting her singing career, a little bit late in her life, Nalutori who is a mother of four and a farmer narrated to us that she had to first focus on her marriage and raising her kids before following her calling.

‘I have taken a personal initiative to guide the young upcoming artists on how to find their way through this industry, I also encourage them on life matters and how to balance fame and gospel,’ says Nalutori.

“Most of the youth come to me for advice which I offer to them, I also have a youthful team made of my dancers and children who have made my journey music easier, my husband has also provided all his support to see my career blossom,” she adds.

Nalutori who has gained a lot of exposure through her singing, records with the likes of Trued Pictures who have made her songs entry into the national television stations easier.

“The major problem that the young artists are facing is producing low quality music videos and audios making it a problem to push for their songs to be aired in national television,” says Nalutori.

“A good production and good network will help push your music further, My music is also found on Youtube @dorcus nalutori,” she advises.

Nalutori who has had major invites to perform locally and internationally boasts of collabos with hit makers such as Solomon Mkubwa among others.

Her inspiration to produce songs with lyrics full of messages was inspired by Paul Mwai’s fulfilling songs; her greatest desire is to collabo with him.

Aside from music, Nalutori has a passion for needy girls and is always involved in community based activities to help needy girls in rescue centers achieve their dreams.

She has visited a variety of rescue centers in Kajiado County and on this year’s World FGM Day to be held on December 9, she will be joining other gospel artists like Solomon Mkubwa, Sanino Bless, Charity Tajeu and many others in Laramat Community Concerns Organizations.

The community center is a rescue center that helps girls that were rescued from Female Genital Mutilation and other Gender based violation and is headed by Agnes Leina.

Then and now: Has bride price lost its essence?