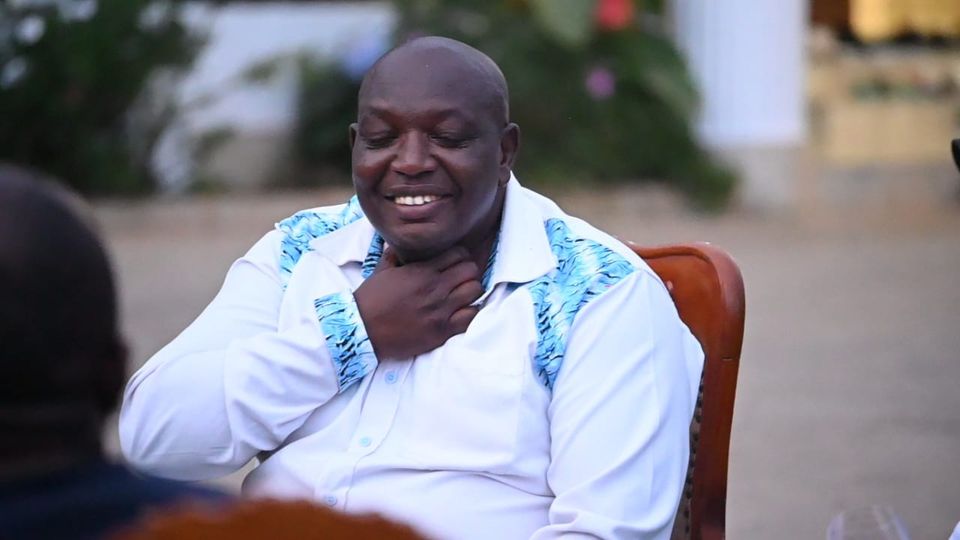 Unlike other candidates who are waiting to see how the BBI politics will pan out before identifying the parties they will vie through, Ole Musei insists he is comfortable with Wiper

Of all the contestants for the Kajiado senatorial seat, it is perhaps Peter ole Musei who has the most impressive CV. His latest designation is that of board chair of Consolidated Bank, which he was appointed by President Uhuru Kenyatta, in August.

Still, the Kajiado senate race is shaping up to be the most hotly contested, possibly in the history of Kajiado electoral politics, with a colorful lineup that promises nothing short of fireworks in 2022.

Among others, Ole Musei will be squaring it out with the likes of Kajiado County Assembly Speaker Johnson Osoi, former Kajiado West MP, Moses ole Sakuda, among others.

Ole Musei made his name in the NGO world through the Pastoralists Concern, which he founded from scratch and which has played a key role championing the education of Maasai children.

He has also served in the NGO Coordination Board as well as being its chair. Internationally, Ole Musei has sat in Global Fund, which oversees the allocation of funding for the Kenya Government as well as entities like Red Cross and Amref.

Other notable bodies he has been a member of, includes the National Aids Council as well as the International Conference of the Great Lakes Region (ICGLR).

It is this experience he hopes to bring on board for the benefit of the people of Kajiado County, should they elect him as senator.

Among other things, Ole Musei explains that as senator, it will be his job to question and seek answers as to why many parts of the county do not have electricity and good roads, adding that he is up to the task of putting the governor on his/her toes. “I know there are some senators who do not have the courage to question the governor; that is not how I would operate,” he says. “The governor is not my boss; he is elected just as I am elected by the people.”

He is particularly focused on the one resource whose benefits keep eluding Kajiado County; the Amboseli National Park. “I do not see why our Kajiado shouldn’t benefit from Amboseli, the way the people of Narok benefit from the Maasai Mara,” he says.

Ole Musei, a father of six, says he is a socialist who is in touch with the people. “Serving the people gives me a lot of satisfaction and the Senate is the right forum for me to put my skills to good use,” he explains.

He is not exactly new to politics, having contested and lost the Kajiado North parliamentary seat in 2017. “I came in third after the ODM candidate,” says, who hails from Oloolua in the same constituency. The seat was won by Jubilee’s Joseph Manje. Ole Musei had contested the seat on a Wiper ticket.

Ole Musei has not always been high flying as he is today. He started his working life as a P1 teacher. “After completing my teacher training studies at Kaimosi Teachers College in 1997, I was posted to Eremit Primary School, in Kajiado West, where I rose to become the head teacher,” he explains.

He also had a stint at Ongata Rongai Primary School. He later took a study leave and enrolled for a Bachelors in Education degree at the Catholic University. By that time he had established Pastoralists Concern, which, with funding from the European Union, he embarked on building and equipping schools and hospitals in Kajiado.

After graduating from Catholic University, he was posted to Lodariak Secondary School as the Principal, where he served for three years. “I was later posted to Nakeel Secondary School,” he says, adding that he quit teaching to concentrate full time on NGO work, in 2009.

His NGO work saw him travel quite a lot and in the process met a lot of people. “I am quite a good networker and I thus used that opportunity rather well,” says Ole Musei. It is through this networking that he made important acquaintances in the world of politics. One of them was the late Internal Security CS, Joseph Nkaissery, who, by then was the ODM chairman in Kajiado County.

“My desire to serve the people pulled me into politics and I became an active member of the ODM party,” he says adding that he quit the party after the infamous ‘Men in Black’ party election fiasco and joined Ababu Namwamba at the Labour Party, where he became the organising secretary.

His stint at the Labour Party was short-lived when he realised that the ‘Nasa wave across the country was too strong’. He then jumped ship to Wiper Party, where is today a NEC member. “I have long admired our party leader, Kalonzo Musyoka, due to his personality and eloquence,” says Ole Musei.

Unlike other candidates who are waiting to see how the BBI politics will pan out before identifying the parties they will vie through, Ole Musei insists he is comfortable with Wiper and he is confident of capturing the Kajiado Senate seat.

He came in second, after Brian Sekento, in a straw poll conducted by Kajiado Star.

Sekento: Time for the youth is now

‘It wasn’t a defection, but a handshake’, says Kakuta