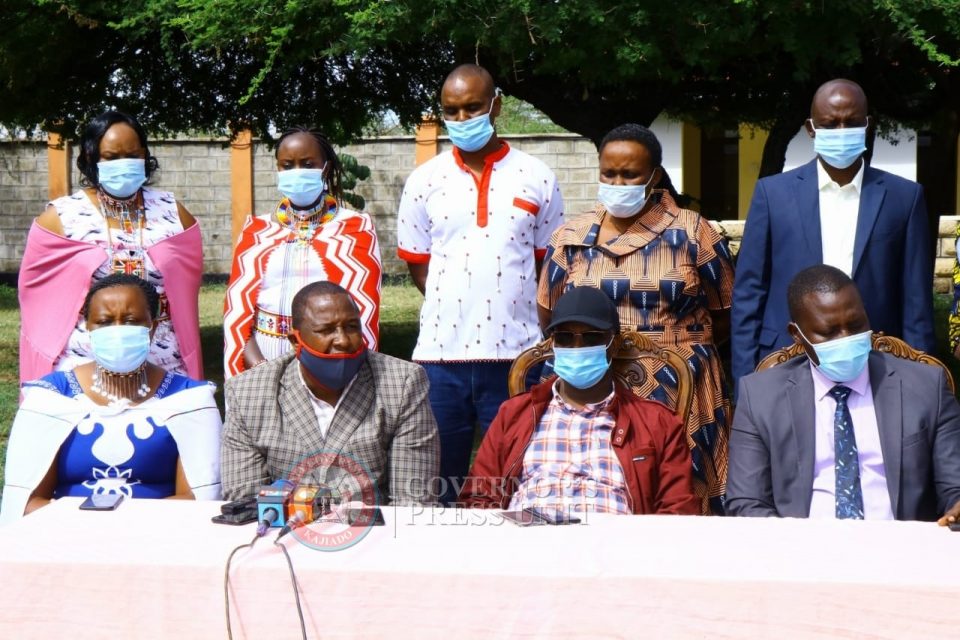 The lawmakers spoke in Kajiado town, three days after the anointment of Governor Lenku by the Maasai Council

A section of Members of the County Assembly have welcomed the appointment of Governor Joseph ole Lenku as the Maa spokesman.

The County Assembly leadership led by Speaker Johnson Osoi, Majority leader Julius Moipaai and Minority leader Daniel Naikuni have described the appointment as “timely” and expressed faith that the governor is equal to the task.

The lawmakers said that the appointment had come at a time when the community was at a cross-roads having not had a unifying leader since the passing on of former Cabinet Minister William ole Ntimama in 2016.

Mr Osoi said the three years the governor has been in charge of Kajiado had proved that he had the leadership qualities needed to spearhead the community in the right direction.

“We feel honored by our elders. They have lived to the true spirit of offering guidance to the community. We are delighted that they saw it fit to bestow this great role to our Governor. As Kajiado people, we are excited,” said the Speaker.

The Speaker said the elders had all the legitimacy they needed to make the decision and said many names were considered for the role. We were at a situation where we did not have one link person between the community and the outside world. We now have one,” said the Speaker.

Mr Moipai asked leaders not to be envious of the Governor’s new role and emphasized that there was no one capable of influencing the elders to make a decision of such magnitude. “Ours is a community that holds elders highly. Our elders have a lot of integrity and we are satisfied that they made the right choice,” said Moipai, the Imbirikani MCA.

The MCAs spoke in Kajiado town, only three days after the anointment of Governor Lenku by the Maasai Council of elders led by long serving chairman John Ole Maitai.

Resign or we impeach you, Memusi tells DP Ruto