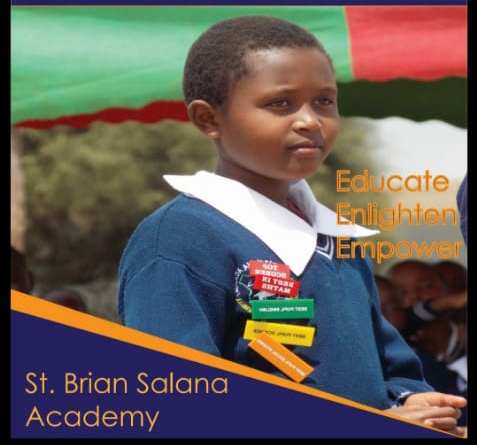 The school director has exuded confidence that despite the interruption occasioned by the outbreak of coronavirus pandemic, the school will still achieve it’s set target

St Brian Salana, one of the best performing academies in Kajiado West Sub-county, has yet set another precedent for making sure that their pupils go on with their studies uninterrupted, after the government has ordered for a closure of all schools in the wake of coronavirus outbreak.

Late last year, the school based in an interior Naserian village, shot to the limelight after registering an impressive mean score of 353 marks, despite being their first time sitting the examination. The school opened its doors in 2011.

Though it initially aimed a mean grade of 371 marks, the results were not badly off, and this dealt to the emboldening of their resolve to aim for a higher mark this year — 380.

When schools opened in January, every stakeholder — the management, the teaching staff, pupils and parents — rolled their sleeves up, and were confident to achieve their target.

However, the recent outbreak of the coronavirus, which has apparently caused unprecedented disruption across all sectors, and which led to the closures of schools, came as a challenge.

That notwithstanding, their spirits remains unbowed.

When the schools recently closed, the teachers provided all the pupils with learning materials to continue with their studies while at home — the school boasts of a population of 308 pupils.

In addition, it opened a Whatsapp group for its 30 standard eight candidates where subject teachers provide learners with materials, and guide them on areas of concern.

It later launched a website where learners can now access learning materials, and examinations, which upon completion they can upload for marking.

Following the launch, the school director Daniel Kutatoi exuded confidence that despite the the disruption, occasioned by the pandemic, the school is still committed to achieve it’s goal.

“Its true that everyone is going through tough times, but it’s in such times that we ought to prove our resilience, and our calling,” said the director.

Senior teacher Moses Makori, hailed the parents for their cooperation, which he said, demonstrated their commitment

“Though this is a pilot test, it has proven effective, more so, with the cooperation of parents… they have expressed consistent determination by making sure that their children can access the necessary gadgets, and that they are actually doing their assignments.”

Mr Makori said, when they opened the Whatsapp group, they found that a majority of parents were without smartphones, hence their children could not access the group, but upon request from the school management, the parents bought the phones.

A section of parents who spoke to the Kajiado Star lauded the move by the school, though they said it has challenges.

Emily Soyiantet, a parent said: “The teachers have done pretty well by proposing and coming up with the platform, it’s a good attempt, however, most of us in the rural areas could have challenges in accessing electricity [to charge our phones], and sometimes we also experience poor network connectivity… which we agree are beyond the capacity of the school”.

She added that it is costly to do printing for the documents (sent to the group), “considering the hard economic times most of us are going through”.

Irene Wanjiku, a parent living in Kajiado town, said the arrangement is keeping their children being busy, while at the same time, a majority of the parents are able to follow-up on what their kids are studying.

The director also urged the school fraternity and all Kenyans in general to, “adhere to set government precautions for our collective safety”.