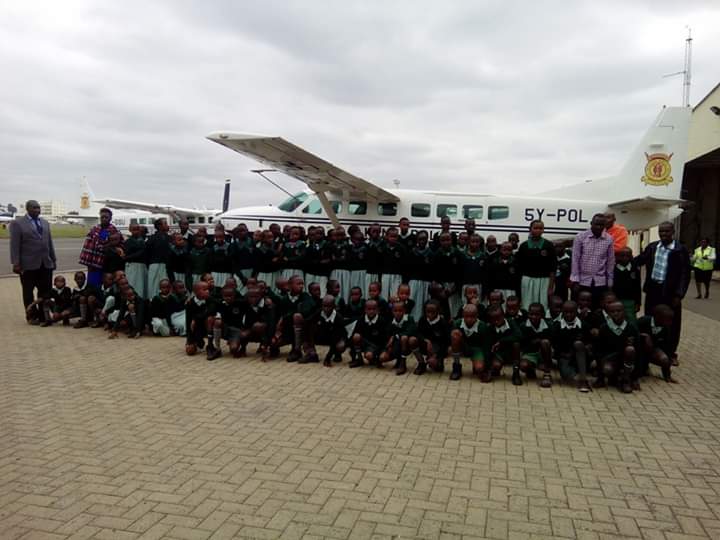 Daniel Kutatoi, the school director attributes milestones to his benchmarks with other renowned academic giants in the county and beyond

Elementary schools in rural setups have customarily borne the brunt of poor academic performance, a factor that is largely attributed to a low literacy rate among parents, high poverty rates, a lack of facilities and resources, and less qualified teachers.

However, the tides is now turning, as most schools in the remotest areas of Kajiado County are decisively climbing up the ladder of academic success and registering remarkable results in national examinations.

A case in point is St Brian Salana Academy in Naserian village, Kajiado West, which scored an impressive mean grade of 353 marks in this year’s Kenya Certificate of Primary Education (KCPE) — despite it being their first time to sit the examination.

The school head teacher Godfrey Onchieku, speaking to Kajiado Star, attributed the achievement to a lot of commitment on the part of both learners and the teaching staff.

“The school management has also played a pivotal role in terms of motivating both the teachers and the pupils.”

The school management has developed a motivational mechanism whereby it sets targets for both the teachers and pupils, and rewards them when they meet the set targets.

“The Director (Daniel Kutatoi) came up with a strategy of awarding teachers for every single pupil that attains a set target in a particular subject or in the overall examination. And he has not only promised them [the rewards], but he actually pays them… this has paid off handsomely,” said the head teacher.

Moreover, the school has also gone to benchmark with other renowned academic giants in the county and beyond.

Early in the year, all the staff went on an academic tour to Magadi Soda School, where the director reported that, “they learnt a lot from the school.”

Daniel said he was impressed with the teachers’ commitment, and discipline among the pupils. “When we got to the school compound, we could hardly realize that there were students; the compound was very quiet.”

He added: “The vehicles we saw parked at the school compound, which I learnt belonged to the staff, spoke of teachers who were well-off, and definitely, through their exponential score, one can tell for a fact that the teachers are highly motivated.”

He also reported that school facilities were up to the required standards. “The dining hall, for instance, was splendid, and this has informed our heavy investment in building and improving our facilities.”

In June, both the teaching staff and the pupils went to Kari Mwailu Primary School in Makueni County for benchmarking.

The school has this year produced a pupil among the top 100 nationally.The director said that he learnt that pupils’ healthcare has a bearing on the general achievement in school.

“The school is very neat and the food is well prepared; long-gone are the days when learners were subjected to hunger arguably to encourage them to learn… the idea is in essence twisted. As a school, we make sure that pupils are well fed and have a balanced diet.”

Besides academics, the school has also endeavoured to promote co-curricula activities like sports, journalism, music and scouting.

The journalism club has had rare opportunities to visit major national media houses, such as Mediamax Network Ltd based at DSM house in Nairobi CBD, and this has emboldened their resolve to further sharpen their skills.

The school will be hosting its interviews on December 4 and 5 for pupils who will wish to join the school, and a thanksgiving on December 18.

Lal Daggy: The deaf shall sing and dance

Union boss calls for posting of new teachers in Mashuru