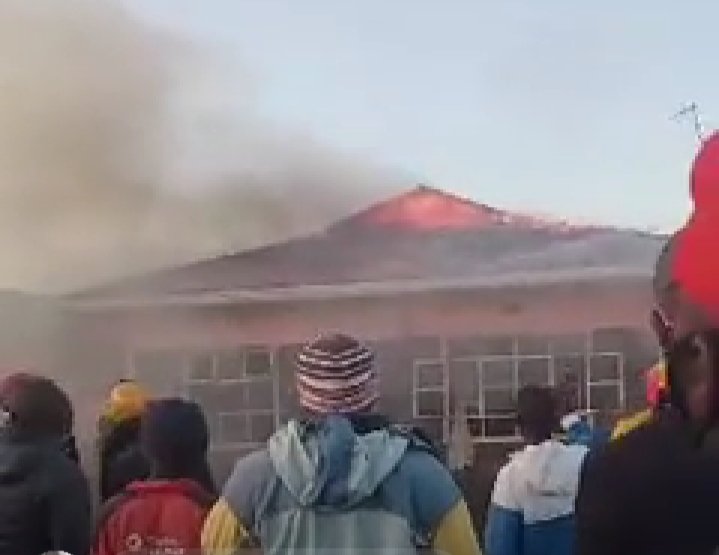 A children’s home in Kajiado Town was destroyed by a fire on Wednesday evening, leaving the children destitute and homeless.

It took about two hours to put out the fire, which started at around 5pm. The fire is said to have started in one of the rooms at the Namaiyana Rescue Center, due to suspected electrical fault. The center plays host to 15 girls.

Joel Sapur, the assistant chief of Majengo expressed his disappointment with the county’s fire response, saying that this was the second fire incident that was happening in his are of jurisdiction, in a span of two weeks without the help of the fire department.

“We are lucky that there were no injuries sustained as all the girls are accounted for,” said Sapur.
Ildamat MCA Teum, who visited the scene of the fire, thanked area residents who helped to put out the fire. He promised to lead a team from the County Government to help in rebuilding the children’s home.

Teum is one of the persons who offered to give temporary shelter to the affected girls. Others who offered to shelter the other girls included a neighbour by the name Lucy and Pastor Polong, who has runs a church in the neighborhood.

An enraged resident could not hold back his anger at the County Government and the governor, terming them useless. “It is such a shame this is the headquarters of the county government yet the fire department cannot come to help,” he said. “It is the people who put out the fire using karais; we deserve better for electing a governor.”

Shantel’s Murder: What we know so far