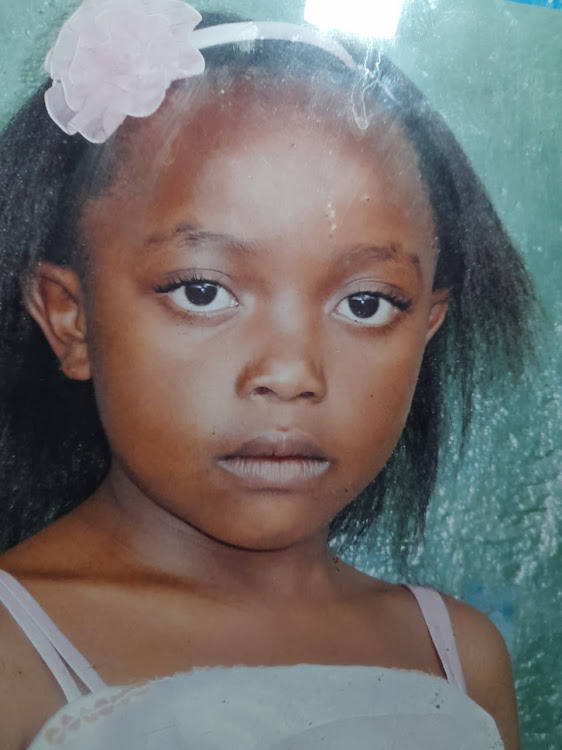 When Shantel’s body was discovered in a gunny bag by a bodaboda rider, police in Ketengela knew they were no longer dealing with a kidnapping case, but a murder case

Shantel Nzembi, an 8-year-old girl living with her parents in Kitengela, was found murdered, with her body stuffed in a gunny bag. It was suspected that she had been sexually assaulted before being murdered.

Her parents, both of whom work at the nearby Export Processing Zone, had on the evening of Saturday May 30 been concerned when their daughter did not find her way home from playing with friends. Later that evening while still worrying about their daughter’s whereabouts, Christine Ngina, Shantel’s mother received a call from an anonymous caller demanding to know if she was Sharon’s mother.

The now worried parents reported the matter at the Kitengela Police Station.

Apparently, Sharon is Shantel’s friend and neighbor. On the day Shantel was reported missing, she had been playing with Sharon in the neighbourhood. Sharon is the daughter of a policewoman at the Kitengela Police Station. Could the criminals who kidnapped Shantel have mistaken Shantel for Sharon? Apparently, Shantel and Sharon go to the same school.

It is not yet clear how Sharon’s mother, the police officer fits into the whole picture, but time will tell.

When Shantel’s body was discovered in a gunny bag by a bodaboda rider, police in Ketengela knew they were no longer dealing with a kidnapping case, but a murder case. Police swung into action and on Wednesday, June 2, arrested, Livingstone Makacha Otengo, 27, a bodaboda rider, who was found in possession of the phone that was used to call Shantel’s mother.

Also apprehended was Francis Mbuthia Mikuhu, 45, whose ID number was used to register the Aitel number, where the ransom money was to be deposited. Police interrogation of the two suspects must have yielded fruit for they soon arrested the third suspect, 27-year-old Mutindi Nthuku.

From the look of things, Mutindi must have been the master planner of the whole crime. It is alleged that she is the one that lured Shantel, leading to her kidnapping. She lives in a bedsitter in the noughbourhood with her daughter. She used to operate an Mpesa outlet but closed it down close to a year ago. Despite the fact that she had no known means of earning a living, after closing her Mpesa shop, Mutindi continued living in the same neighbourhood and maintained the same flashy lifestyle. Neighbours said she kept indoors most of the time.

Isinya Sub-County Police Commander, Jeremiah Ndubai told the media that Mutindi was positively identified, at a police parade, by Shantel’s friends, as the one who lured the girl from the playground. According to the police, she is the main suspect in the murder.

The first two suspects were arraigned before Kajiado Resident Magistrate Edwin Mulochi on Thursday, June 3, where investigators and prosecution were allowed to detain the two for ten more days as they conclude their investigations.

Meanwhile, on Friday June 4, Dr Johansen Oduor, the Chief Government Pathologist conducted an autopsy on Shantel’s body, at the Shalom Community Hospital Mortuary, where it was taken by police, and arrived at the conclusion that the poor girl died from being suffocated, both from the mouth and nose.

From the preliminary report, the pathologist did not find signs of sexual assault, but said that he carried samples for further analysis. Could it be that the criminals blocked Shantel’s mouth and nose to prevent her from screaming, in order not to attract attention?

Mutindi will most likely be arraigned in court tomorrow, Monday June 7, to be charged with the murder of little Shantel.

Kajiado Star will keep you posted on developments on this sad matter, as they unfold.