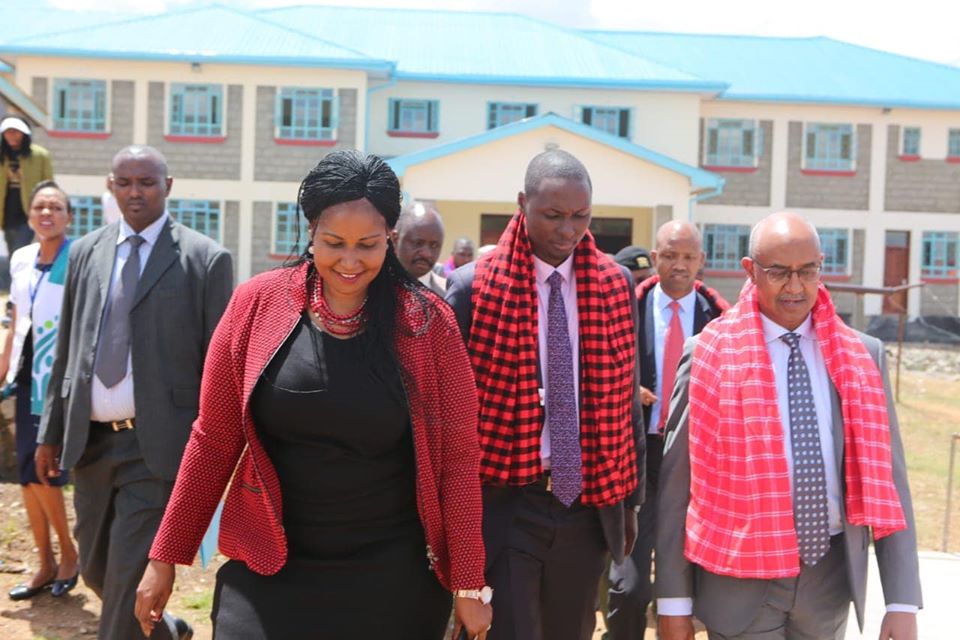 County Health Minister Esther Somoire has asked Magadi Ward MCA Joseph Masiaya to get over the disappointment of not having his preferred candidate being appointed to a CEC position.

Somoire, who was responding to the Deputy Speaker’s allegations that she (Somoire) is being used by Governor Lenku to undermine him (Masiaya) in his Magadi backyard, termed Masiaya’s sentiments ‘malicious and uncalled for’.

She added that Masiaya, has ‘failed to heal’ after his choice, from the Iloodokilani community, failed to get appointed to the Executive.

Somoire, a former Woman Rep aspirant, claimed that when she got appointed to the Health docket, Masiaya responded through mobilizing the members of the community to revolt against her appointment on the basis of her gender.

“Masiaya was mad that the governor picked a woman, forgetting that the people of Magadi educate boys and girls alike, and so everyone is entitled to equal opportunities and rights,” she said.

A reliable source told Kajiado Star that when governor Lenku got elected and was in the process of identifying appointees to his Cabinet, he called a delegation from the community, led by Masiaya and Iloodokilani Ward representative Jackson Mpaada, where he outlined his intention to appoint a member of the community to his Cabinet.

Masiaya reportedly got disappointed after he realised that the governor had already settled on Somoire, then an ODM politician, which went against their expectations. “The delegation led by Masiaya and other leaders had wanted to be given the opportunity to choose their preferred candidate preferably a supporter of the Jubilee party,” said the source.

The Deputy Speaker, had, in an interview with Kajiado Star, said Somoire had not been his choice for that position after he learnt that newly elected Governor Lenku wanted to appoint a member of the Iloodokilani community to the cabinet and that he told Lenku as much. “The governor however prevailed upon us to support his choice and it is on record that we approved her nomination in the County Assembly. I have nothing personal against her,” he said.

Masiaya had been responding to Lenku who, in early January, told a gathering in Oldonyo Onyokie, in his Ward, that he would work with leaders drawn from Magadi – including Somoire – at his exclusion.

Somoire maintains that she has not been undermining the legislator. “Our roles are clearly defined; he is an MCA and I am in the Executive,” she said

She urges Masiaya to ‘accept and move on’.  “Let him stop blaming me for his own failures,” she adds.

Transition rate in Kajiado is only 68pc, says Magoha