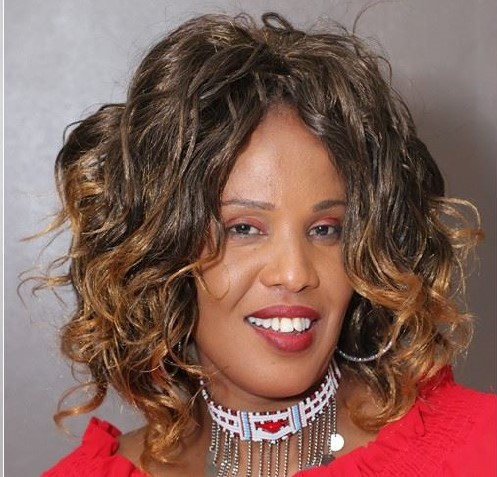 She maintains that a leader worth their salt must not have a vested-interest, political or otherwise, for them to serve their people

Anne Monirei (Madden), a US-based philanthropist, has put her record straight, that she is not interested in vying for any local political seat, and that her donations and fervent involvements in the community’s social-political and religious affairs, are just out of sheer goodwill.

Anne, a daughter of the late former renowned Keekonyokie councillor Paul ole Monirei, and a healthcare worker in Dallas Texas, has been in the forefront championing for the economic empowerment of rural women in various parts of the vast Kajiado County, besides, lending a helping hand to religious organisations and the underprivileged in the society.

In the wake of the novel Coronavirus pandemic outbreak, Anne stood out by spearheading sensitization campaigns on the preventive measures against the scourge, particularly targeting the local Maa community, through a series of video clips that went viral on social media.

In the afterwards, she also solely offered to donate food stuffs, in an effort to help the local communities navigate the harsh economic realities occasioned by the government-imposed drastic measures supposedly aimed at curbing the spread of the virus.

Her singular recognition by powerful dignitaries, at the second ASAL conference held in Amboseli National Park in September last year, where she was part of the Maa diaspora delegation in attendance, hugely raised eyebrows.

These and other involvements, has had tongues wagging in the corridors of power, with speculations that she could be eyeing an elective seat, in the county, come the next general election.

However in an exclusive interview with the Kajiado Star, Mrs Madden candidly rebuffed “the hearsay”, noting that: “Any leader worth their salt, must not have a vested interest, political or otherwise, in order to serve their people.”

She said, her works of charity, which she prefers not to be publicised, are purely in reciprocation of kind gestures done to her by those who connected her to opportunities — while she was still a little-known girl in her Oltiyani village, in Kajiado West.

On the subject of women economic emancipation, she said, “a bigger proportion of our rural women remain trapped in the shackles of poverty, despite of a manifold of opportunities that are available for them, especially those involved in beadwork.”

Beadwork, she says, pays handsomely, unfortunately the sector has long been hijacked by middle-people who are making a kill at the expense of the actual labourers — the women in the rural areas who are spending their little resources and time, makings the beadworks.

The local leadership, she opines, can turn the tides by lobbying the Ministry of Tourism, currently led by CS Najib Balala, to appoint locals to the Kenya Tourism board, who will then take care of the interest of the local women in the bead industry.

“It is exceedingly imperative that we have our people in such strategic positions of leadership, who will make sure that our people are not shrewdly deprived of what is duly there’s.”