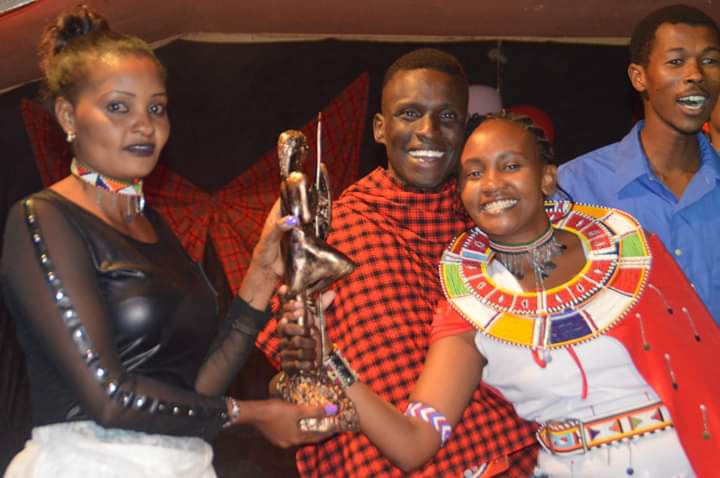 At the age of 13, owing to family squabbles, the now award-winning artist, run away from home to work as a houseboy for a meal, and ragged cloths

Tychicus Keret, 28, is indisputably a sought after Maa Gospel artist, and though many people sing along his songs with exactitude, little is known about his rise to the stardom he enjoys today.

The award-winning artist recently sat with our writer, and narrated the hurdles he endured and triumphed growing up at Oldonyo-onyokie village in Magadi Ward, which range from underprivileges occasioned by abject poverty and family squabbles, to a low self-esteem — particularly at the onset of his ministry — which he says came as a result of a voice he heard from heaven, that he claims, told him that he will be divinely used in the praise ministry “to turn lives around”.

At the age of 13, in what he says was a climax of a protracted case of domestic violence, his father chased his mother away from her matrimonial home, and she had to go away with him to her parental home.

However, two-years later, and owing to abject poverty that his grandfather’s family was wallowing in, Keret resorted to leave home in search of menial jobs supposedly to be able to feed and support her mother’s household.

Luckily yet disappointingly, he landed his first job as a houseboy in Ewuaso-Oonkidong’i Ward. It earned him nothing but a meal a day, and ragged cloths from his savage boss.

His main responsibilities at the moment were; cooking for the family, washing cloths, collecting firewoods and changing kids’ diapers.

After two-years of unyielding labour, one of his relatives came for him, and she offered to pay for his school fees, and that is how he joined Esonorua primary school.

“It was not that she was well-off, it’s only that she felt so uncomfortable seeing me labouring in vain, and thus wasting my life,” he said.

She was thus unable to pay for his secondary education, prompting another close relative to offer to partially pay the school fee every term, and somehow, though with a lot of struggle, he managed to sit for his KCSE in 2015, at Iloodokilani Secondary School.

Earlier on as a student, he used to write songs in a notebook, only in hope, that he will be able to record them someday.

After form four, he immediately enrolled for music classes at Moses Ndungu’s Mopotune studio based in Kajiado town, which after completion, he felt he waa confident to record his first album — Osupat Lai.

No sooner than later, people begun to appreciate his songs, and this led one of his fans to suggest to him that he take his CD to Nosim FM — a popular Maa radio station at the time — who would play his songs and help popularise his album.

This marked his turning around: “Radio listeners could keep request for my songs, and with no time, other media outlets, for instance Citizen TV, begun to invite me for interviews, and my fan base grew exponentially, that also begun inviting me to perform in; wedding ceremonies and church conferences.”

The success of the first album, birthed his successive albums; Osim lai, Enino enkitoo, Kujukari Enkai, among others, which he performs both in county and national events, and even in neighbouring countries like the Republic of Tanzania.

In 2016, as his life began to blosom, he met the love of his life, Happiness Tychicus, whom he describes as “heaven sent”, and a great pillar in his ministry, and have since done two albums together.

He is now a father to a two-year-old adorable and charming daughter, Angel Nosim.

He is in the process of finalizing his nineth volume.

He promotes his songs through his YouTube channel which boast slightly above 12,000 subscribers as per now.

His advice to upcoming artist: “They should always believe that better days are coming, and they should act as so, by working extra hard every single day, as they await for their opportunities, which for sure will come at the opportune time.”