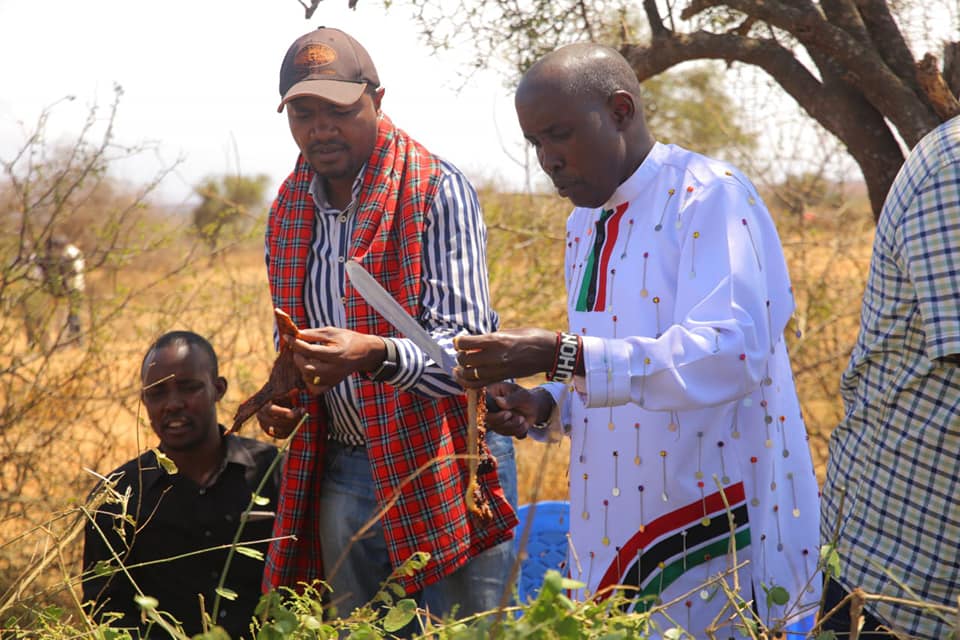 Kajiado Central Member of Parliament Elijah Memusi was yesterday at pains to publicly reassure Governor Joseph ole Lenku that he means business in his unprecedented move to pledge to support him politically, barely a month ago.

Speaking at olng’esher, in Maparasha, Matapato North Ward, at a function attended by the governor and ANC leader Musalia Mudavadi, among other leaders, Ole Lenku’s key allies, led by Ildalalekutuk MCA James ole Ntaati, challenged the ODM lawmaker to state succinctly whether he means his word to truly support the governor, as he seeks to retain his seat come 2022.

Speaking to Kajiado Star on phone, this morning, Ntaati said, the governor’s team expected the MP, (given that he hosted the governor at his constituency for the first time since they announced their newly-found political pact) to publicly state that he was in support of the governor, as he lately assured the residents of Imbirikani, in the neighbouring Kajiado South Constituency when he accompanied the governor to a cultural rite celebration in the area.

Unfortunately, Ntaati said, when the MP rose to speak, he steered clear of 2022 politics, saying that he would not prefer to discuss about a future date but the present affairs.

“Your Excellency the Governor, as for me I am always unique, in the sense that I like discussing the matters at hand, first… I prefer not to discuss about 2022, as that is in the hands of God (sic),” said the MP.

He however said that he remains resolute and pledged to the spirit of the pact, which he said was founded for the purpose of ending needless acrimony, “which we found not to be befitting when our people are suffering,” Memusi, adding that it was not formed for selfish gains.

The quoted remarks, according to Ntaati, were painstakingly designed to avoid sounding like he was endorsing the governor’s re-election, before his electorates, ahead of 2022, a reservation he said has made “most of us” believe that he is either yet to make up his mind, or he never meant it in the first place.

Ntaati further said that, failure by the lawmaker to commit himself to support our foremost goal — governor’s re-election — could only suggest that the pact is meant for opportunism, and not for the public interest that it is being billed for.

Another government official who spoke on condition of anonymity, told the Kajiado Star: “The Governor and his close associates are in doubt that the lawmaker, could be faking a camaraderie, with an elaborate opportunistic motive to secure job opportunities and contracts for his key supporters, but will eventually not support the governor’s re-election bid.”

However, Paul Matampash, the chairman of the Naekana Sacco, and a key lieutenant of both the Governor and the MP, and who also addressed the gathering, told this publication in an exclusive interview, that: “We (in a group of other elders in the area) initiated the unity calls, between the two leaders, for the reason of ensuring seamless development in our region, and though the duo have heeded to our calls, other people, came in with their vested interests and are putting every effort to undermine the pact for their selfish gains.”

Matampash, said to be eyeing the Matapato South Ward seat, said unnamed individuals close to the governor are opposed to the pact, for fear that it could by extent end up empowering their political opponents.

Speaking at the event, Deputy Governor Martin Moshisho, who was the de facto spokesperson for the age-set, said they resolved to support the governor to secure his re-election, and the political ambitions of anyone who aligns themselves with the governor, while at the same time, threatening a bruising battle for his opponents.