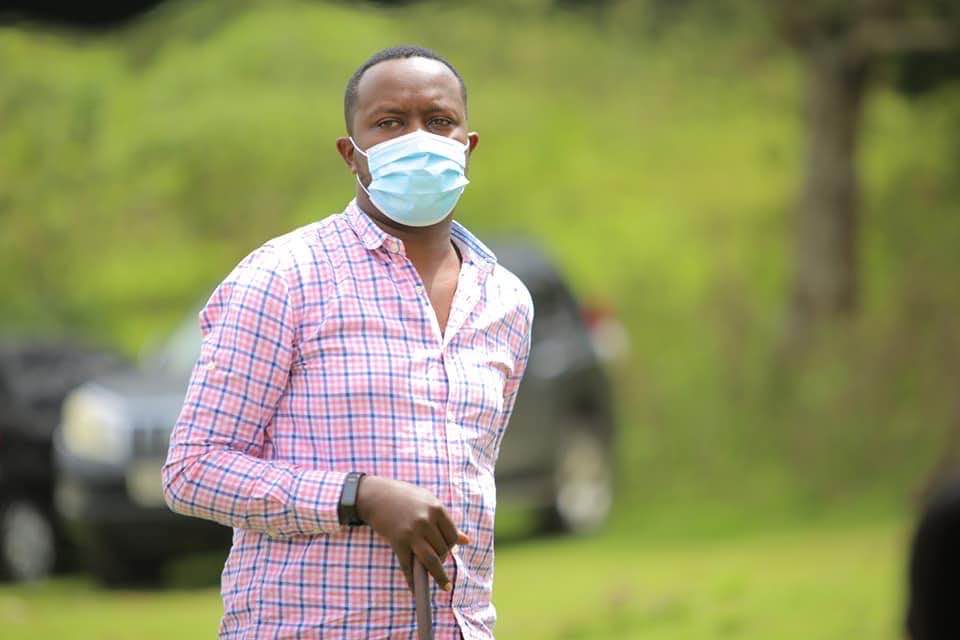 A straw poll conducted by Kajiado Star, on the various politicians vying for the Kajiado senatorial seat, shows Sekento leading by a wide margin, followed by Ole Musei

Brian Sekento is convinced that time is ripe for the youth in Kajiado to take up leadership positions so as to bring about ‘meaningful change’ in the county. That explains why he is gunning for the senatorial seat and is upbeat the he will emerge victorious.

The seat is currently held by Philip ole Mpaayei, whom he hopes to unseat come 2022. “Mpaayei, who is my age mate, is doing nothing and is in effect giving the youth a bad name,” he explains. “I want to change that.” He cites Mpaayei’s removal from chairmanship of the Senate Committee on National Cohesion, Equal Opportunity and Regional Integration, due to chronic absenteeism, as an example where the senator let down the youth and people of Kajiado in general.

The voice of the youth, he adds, needs to be heard as it is currently ‘under-represented’. “Our issues can only be properly articulated if we place ourselves at the right decision-making platforms and that is precisely the leadership and direction I plan to offer,” says Sekento.

While at 31, Sekento, who hails from the influential Sekento family, is the youngest contestant for the seat, he is not exactly a newcomer in politics. “I first tried my hand in politics, in 2013, when I vied for the Oloolua Ward MCA seat,” he says adding that the whole election exercise was rife with ‘fraud’.

Shortly afterwards, Sekento moved to China, partly to further his education and partly to heal from the heartbreak that had been occasioned by the ‘unfair’ manner in which he lost the TNA party ticket that year. In China, he took a course in Digital Arts from Shandong University.

Two years later, the seat fell vacant following the death of the MCA in a road accident and although he got calls, from his supporters, to come back home and participate in the by-election, he chose to throw his weight behind Njogu Kimemia, who went on to become the first ever politician to be elected on a Jubilee Party ticket.

Come 2017, Sekento was ready to take on the man he supported in 2015, but narrowly lost to Kimemia at the Jubilee Party nominations. “There was pressure for me to vie for the seat as an independent candidate, which I resisted,” he explains.

Sekento is currently engaged in consultancy for Chinese investors in Kenya, in wide-ranging areas as mining and real estate in Kenya. His work is made easier by the fact that he is fluent in Mandarin. Along the way he has served in the NG-CDF board of Kajiado North Constituency under MP Joseph Manje.

He is, at the moment, serving as a board member with the Ngong Municipality, where he chairs the strategy and technical committee.

With such experience and the attendant connections, Sekento now feels that he is supremely equipped to vie and win the Kajiado senatorial seat, despite the fact that it is shaping out to be a crowded race. At the moment there are close to 12 politicians angling to unseat the hapless Mpaayei. Among individuals that have thrown their hats into the ring include, seasoned politician Daniel Tinaai, who in 2017 contested the seat on an ODM ticket and narrowly lost to Mpaayei, former Kajiado West MP, Moses Sakuda and current Ewuaso Kedong MCA, Justus Ngusur.

Kajiado County Assembly Speaker Johnson Osoi is also said to be eyeing the Senate seat, as well as the first Kajiado senator, Peter Mositet, who bowed out of the race, in 2017 after controversially losing the Jubilee nomination contest to Mpaayei. The other notable figure, who has expressed interest in the senate race is Peter ole Musei, who was recently appointed board chair of Consolidated Bank.

A straw poll conducted by Kajiado Star, on the various politicians vying for the Kajiado senatorial seat, shows Senkento leading by a wide margin, followed by Ole Musei. With 1511 votes cast so far, Sekento is tops with 622 votes, which amounts to 41 per cent of the total votes cast. Ole Musei is second with 481 votes or 31 per cent. Gideon Toimasi comes a distant third with 111 votes or 7 per cent of the vote.

Sekento is upbeat about the poll result saying that it is a true reflection of the situation on the ground. “I mainly draw my support from the youth; they identify with me knowing that I understand their struggles,” says Sekento, who has a Masters in Governance and Leadership from JKUAT.

He adds that he wants to make a clean break from politics of the past. “As a young person, I am not hobbled my issues like clannism which bring about unnecessary division among our people,” he explains.