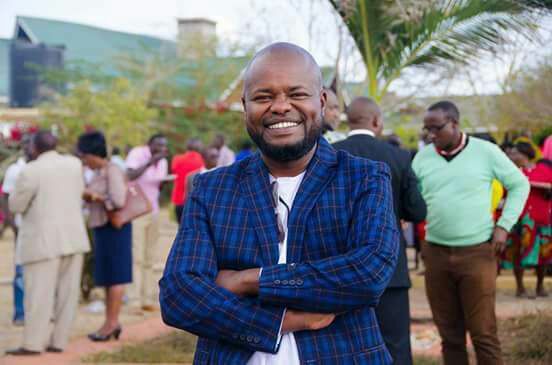 What began as a freckled bespectacled shy boy is now one of the most recognised and respected personalities in the world:Bill Gates

Mention the biggest Information Technology companies that revolutionised our day-to-day lives and you will not fail to pick more than one firm that was began from a garage. Notable among these companies are Microsoft Corporation and Apple Computers. Their stories read like a fairy tales, with twists and turns that rival the best-selling fictional novels. It all began with a dream and the desire to try. Steve jobs and Steve Wozniak, both college drop-outs,co-founded Apple Computers in 1976 and set up operations in his parents’ garage with a dream of building the most portable and easy-to-use computer. Bill Gates and Paul Allen, one of the wealthiest men on earth, also co-founded Microsoft Corporation from Bill’s parents’ garage in 1975.

Steve jobs and Bill Gates were not alone in their pursuits. They brought on board co-founders who had special skillsets that helped them launch their legacy innovations. These co-founders may not have had the initial dream, but they shared the ambition and thirst of pursuing technological possibilities. The platforms for innovation were few and far between, but it was the golden era of IT innovations with limitless horizons — and they took all possible chances to etch their names into the history books. Fired by youthful ambition and an aversion to modern life trends common with technological “nerds”,these innovators literally burnt the midnight oil researching, experimenting and brainstorming,armed with a shoestring budget which they sustainedwith odd jobs.

Fast forward to 2020, the world is literally running on various IT platforms. Be it financial transactions, travel, building technology, education systems, health systems, communication… the list is endless! What began as “20pence”investments are now worth billions of dollars. What began as a freckled bespectacled shy boy is now one of the most recognised and respected personalities in the world:Bill Gates. With money enough to buy a country like Kenya and finance its budget for years to come, no wonder he turned towards charity to seek deeper satisfaction through his Bill and Melinda Gates Foundation.

Where am I driving with all this?You can succeed only if you try. All seasoned entrepreneurs will tell you that where they are currently, is not where they thought they would be. The journey of entrepreneurship is as unpredictable as the ocean climate. Meaning,you could forecast storms and clear skies, but these remain just that: Forecasts. The entrepreneurial journey requires passion, commitment, preparation and sometimes a daredevil attitude. You have to begin from somewhere and you don’t have to be fully prepared.

The Merriam-Webster dictionary defines an entrepreneur as “a person who starts a business and is willing to risk loss in order to make money”.

I had a friend who had always wanted to start a business and become as successful as his older friends withwhomhe used to hang out. One day, he came into some money and the first thing he did was rent a corner office and furnish it fully with mahogany desks and wall-to-wall lush carpets complete with a boardroom andtelecom system,thenhired a beautiful lady to complete the picture. Fivemonths down the line, the office was locked, all furniture auctioned and my friend was back to the streets, hustling.Where did he go wrong? Many errors which I witnessed personally:He started “climbing the tree from the top”, so to speak. He sunk a big chunk of his money into “deadassets”, he wasn’t mentally prepared to hit the streets and aggressively pursue clients, and he wanted to look successful through big spending and pomposity.

I consider myself an experimental entrepreneur. I enjoy the thrill of conception and execution. I get “high”on taking up almost impossible tasks and tackling them successfully. I began a printing and publishing business at age 19, a petty errands company at 28years,a training and consulting firm at 32years, and an agriculturalproducts value addition and merchandising firm at 40years. None of these grew to become fully-fledged companies, because that is not what I was looking for. I am now in public service and academia, where I enjoy research and development.I also mentor youth into leadership and support charitable causes.

Discover your strengths and weaknesses early. Partner if you must with like-minded personalities. Be prepared to give up a lot of comforts. You have to stay hungry for knowledge and thirsty for purposeful networking. Do not be afraid of people and what they will say—people react to what you feed them. Be enthusiastic for your business and products. Don’t stop dreaming. Feed on positivity and give out the same.

The writer is the Departmental Monitoring and Evaluation Officer, Department of Agriculture, Livestock and Fisheries, Kajiado County, and a postgraduate student at the University of Nairobi.He writes on topical issues.

Stop it! Partisan politics will break our youth alliance