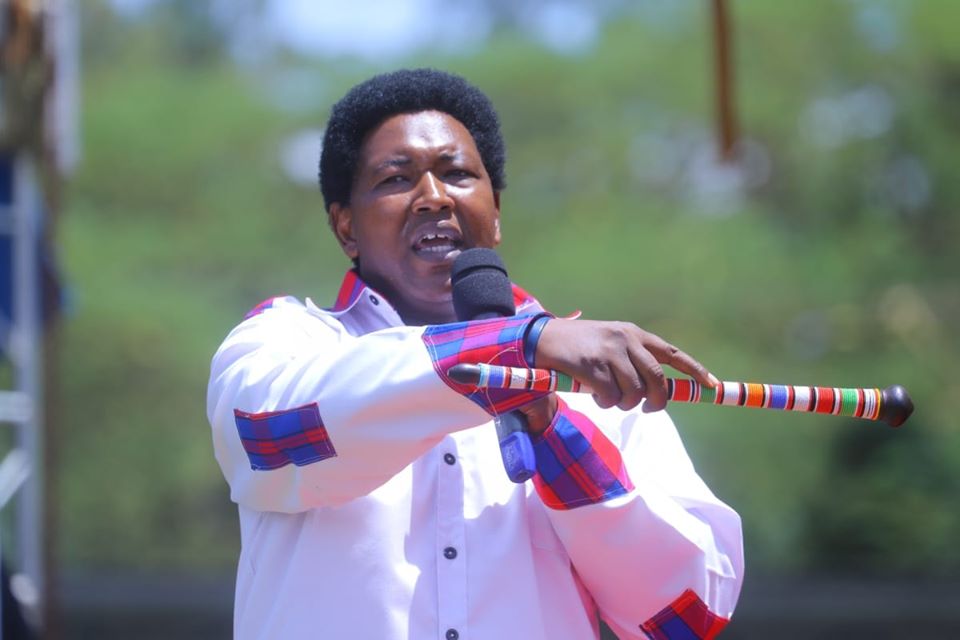 When Maasai political leaders talk about land injustices – needlessly invoking raw emotions in the process – they point fingers at all other places apart from themselves. This is often ironical considering that they are the ones charged with formulating policy that, among other things, is supposed to safeguard the land.

The Building Bridges Initiative (BBI) has aroused so much passion around the issue of land and as is often the case ‘foreigners’ have repeatedly been blamed for everything that has gone wrong in this sector. When Narok Senator Ledama ole Kina arouses emotions when he talks about land injustices, he stops short of naming culprits behind this vice, thereby opening up floodgates of suspicion on that person who has settled in Maasai land, from elsewhere.

It would be, for example, much easier if Ole Kina named individuals who are behind the grabbing of the Kedong land. That way, ordinary Maasais would be better able to direct their anger at those individuals rather than issuing blanket condemnations on ‘foreigners’ living in Maa land.

In most cases a majority of the so-called foreigners living in Maasai land are law abiding citizens, who have followed the right procedure in acquiring the property they currently own, yet they are always on the receiving end whenever politicians raise the specter of land injustices.

Credit goes to Kajiado Governor Joseph ole Lenku, who during the Narok BBI rally identified idle land, currently in the hands of Tata Chemicals, in Magadi, which he said should be handed back to the community. Why can’t Ole Kina do the same?

Right now the BBI discourse risks being derailed and it is largely thanks to sentiments raised by Ole Kina. Kenya’s coastal area has similar land issues with Maasais, but unlike the situation here, they have identified the people who own huge chunks of land in the area. Incidentally, the Kenyatta family is known to be one of the biggest landowners at the coast. That explains why their BBI recommendations were devoid of the controversy that met the Narok BBI rally.

Isn’t it ironical that the BBI process, touted as being the bridge through which harmony will be achieved, is now being turned into an avenue where seeds of discord and animosity are being sowed?

What is so difficult for Maasai leaders to identify individuals who have occupied land against the wishes of the community? It is also incumbent upon the people to demand, from their leaders, to be told who the people occupying their land illegally are.

The other area that breeds a lot of controversy and by extension, bad blood, is that of land sales. Many Maasai families have sold off their land, some, to the extent of being left landless. Again, ‘foreigners’ tend to be on the receiving end of this problem.

Issues to do with land require lots of introspection and honesty and unless we are completely honest with ourselves this problem will continue to plague us for a long time to come and we shall continue blaming ‘foreigners’ even when they are completely blameless.

The first question to be answered when it comes to land sales, is why land is sold in the first place. Different people will give different reasons as to why they sell their land, the most common being poverty. Many people say that they sell land so as to meet various needs, such as educating their children or meeting medical expenses; which is understandable.

Then there are those people who sell family land so that they can build prestigious houses and drive around in expensive fuel guzzlers; again, no problem with that since one is free to do as they wish with their land. Problems arise when these people – on their own, or under incitement – suddenly turn around and claim that they were cheated out of their land.

Granted there are instances where land fraud takes place – this should not be a problem as law enforcement and courts of law exist to deal with such issues. Besides, this is not a Maasai only problem. Go to any part of the country with a court registry and you will find that cases of land fraud are well documented there.

There is also the small issue of land brokers. It is an open secret that most land brokers that populate land offices in Kajiado are Maasais. These are the people who act as go-betweens between the buyer and the seller, getting handsome commissions from the transactions.

How then the ‘foreigner’ land buyer is left shouldering all the blame remains a mystery.

The land buyer is such instances is only guilty of having money to buy land, and can you prosecute such a person in a court of law? Your answer depends on whether you are honest or you are out to make mischief.

The only reason there are land transactions is because there is a willing seller and therefore, a willing buyer. If there was no land to be sold, it then goes without saying that there wouldn’t be land buyers.

We should also not lose sight of the fact that a majority of land buyers take out their life savings while others take loans to buy the land; the last thing they need is to be regarded with hostility for engaging in an honest land transaction.

This brings us to the other question; how do you protect Maasai land?

The truth is that you cannot prevent people from selling their land, unless a law is enacted to prevent land sales. Currently, there are no such laws.

The poor family that desperately looking for funds to take children to school can be saved from the agony of selling their land if they could get access to bursary funds. And who better to provide bursary funds than political leaders currently in office? The County Government has provisions for bursary funds, so too does CDF, which is under an MP. Senators and Woman Reps also have similar funds.

A governor or an MP can mobilise extra funds to go towards issuing bursary to needy students, through their friends and corporates operating the area.

With proper identificationsuch poor families would be offered bursary funds and this would eliminate the need to sell their land. This also applies to families that offload their land in order to raise funds for medical needs. On this score Kajiado County is should be lauded for having initiated the Mbuzi Moja Afya Bora initiative, that seeks to raise funds for poor families to register with the National Hospital Insurance Fund (NHIF).

If this project was streamlined to work effectively then poor families would not see the need to sell off their land in order to raise funds for medical emergencies.

The aim of this write-up is to illustrate the important role politicians can play in order to protect land. It then beats logic that the same politicians are the fore front in raising unnecessary tension among the people. A people are only as good as the leaders they elect into office.

Hello There. I discovered your weblog the usage of msn. That is
a really neatly written article. I will make sure to bookmark it and return to learn more of your helpful info.

Thank you for the post. I will certainly comeback.

Long time reader, first time commenter — so, thought I’d
drop a comment.. — and at the same time ask for a
favor.

Your wordpress site is very simplistic – hope you don’t mind me asking what theme you’re
using? (and don’t mind if I steal it? :P)

I just launched my small businesses site –also built in wordpress like yours– but
the theme slows (!) the site down quite a bit.

In case you have a minute, you can find it by searching for “royal cbd” on Google (would appreciate
any feedback)

Keep up the good work– and take care of yourself during the coronavirus scare!

Hello! I just would like to cede up a giant thumbs up proper fitting for the gargantuan info you would rather here on this post. I will-power be coming assist to your blog on the side of more soon. http://www.surviv-io.fun