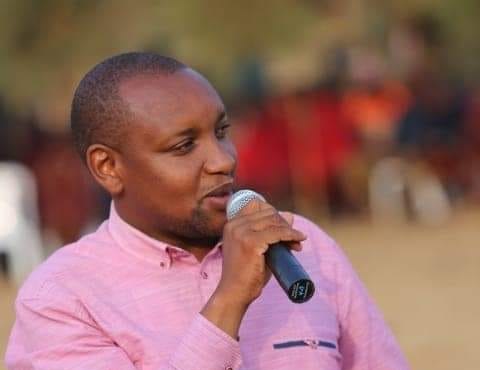 Is the County Physical Planning Director going to quit the parliamentary race for the plum foreign mission, or will he hold on to his august House ambitions

Kajiado South MP hopeful Isaac Parashina, finds himself in a quagmire, days after President Uhuru Kenyatta nominates him as the deputy head of missions in Tel Aviv, Israel.

Following his October 15 nomination, questions linger whether the County Director for Physical Planning is going to quit the parliamentary race for the plum foreign mission, or will he hold on to his august House ambitions.

Prior to his nomination, area CDF chairman Joshua Kilitia reports, Governor Joseph ole Lenku (who hails from the area), was keen to front Mr Parashina to face off with incumbent area MP Katoo ole Metito — the man widely believed to be his kingmaker, though he has recently fallen ways with — and who have clinched on the seat for nearly two decades.

The move according to Kilitia, was supposedly aimed to “curtail” the Tangatanga MP’s re-election bid.

This “hugely infuriated the lawmaker” and he consequentially declared his interest to unseat Ole Lenku in the next General Election, perhaps in retaliation, besides a reportedly push by the Deputy President William Ruto urging him to run for the gubernatorial seat, as the country’s political alignments continue to take shape.

His declaration has however always been a matter of when, and not if.

Before the dust could settle, claims surfaced, alleging that the MP, who happens to be the chair of the House Committee on Defense and Foreign Relations, has had a hand in the appointment of Mr Parashina to the foreign mission, arguably with an intention; to frustrate the governor’s home game, and also to reduce competition for his yet-to-be revealed preferred successor.

Parashina is seen to enjoy significant backing of the youthful constituents, most of whom hold the view that it’s time to change the status quo by electing youthful Parliamentary representative, to replace the old guard.

Kajiado Star is however reliably informed that Parashina’s name was unanimously fronted to the State House by the duo, nearly a year ago, before their apparent falling out, and it coincidentally got approved recently amid heightened political rhetoric.

It is note-worth that the governor’s key allies have always publicly dismissed the kingmaker narrative, describing it as a “mere wishful thinking”, in what could point to a quiet but long-smouldering difference between the two political heavyweights.

The faction allied to the MP have recently alleged an attempt by the governor’s strategist to persuade Parashina to turn down the opportunity to go for a foreign mission, but it is now apparent that after further deliberations, they opted to leave the choice to his discretion, and most likely they would front another candidate for the seat.

Parashina apparently playing safe, declined to comment on the matter, saying “2022 is still far, and I could not comment on State House matters”. However reliable sources close to him say he has made up his mind that he is going for the mission.

Lenku leads in county polls: Why he could be re-elected?