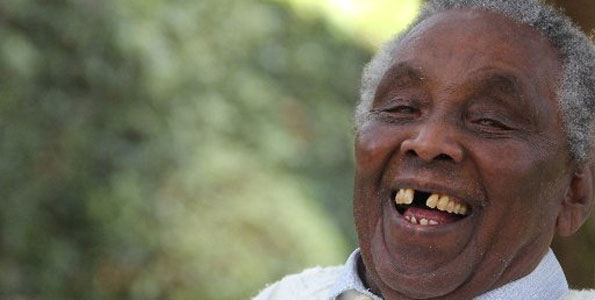 The family of the late veteran Maa politician William ole Ntimama has officially handed over the leadership mantle to his second born son Timothy Tempes.

Selection of Ntimama’s heir came  after the first-born son Amos Sipoi Ntimama declined the political position and handed it over to his brother.

Ntimama, a former powerful Cabinet Minister and Narok North MP died four years ago, leaving a gap in leadership as the community still seeks to find a spokesperson.

Clergy and Maasai elders gathered at the family home compound in Motonyi area, a few kilometres from Narok town, on Sunday in a bid to bless Tempes to compete in the political space.

According to Tempes, the family has been debating for the last few years on who will represent them in the political space adding that finally a decision was reached when his elder brother handed over the mantle to him.

Tempes said that he will be running for the Narok North MP seat that his father occupied for over 20 years.

“I  will be following in my father’s footsteps of advocating for the family’s unity. Just like my father united the Maa speaking counties, I will also endeavour to do so,” said an emotional Tempes.

The aspiring MP added that the family is in full support of the Handshake and the Building Bridges Initiative (BBI) that was initiated by President Uhuru Kenyatta and ODM leader Raila Odinga.

Politicians can do more to protect Maa land, why aren’t they doing it?