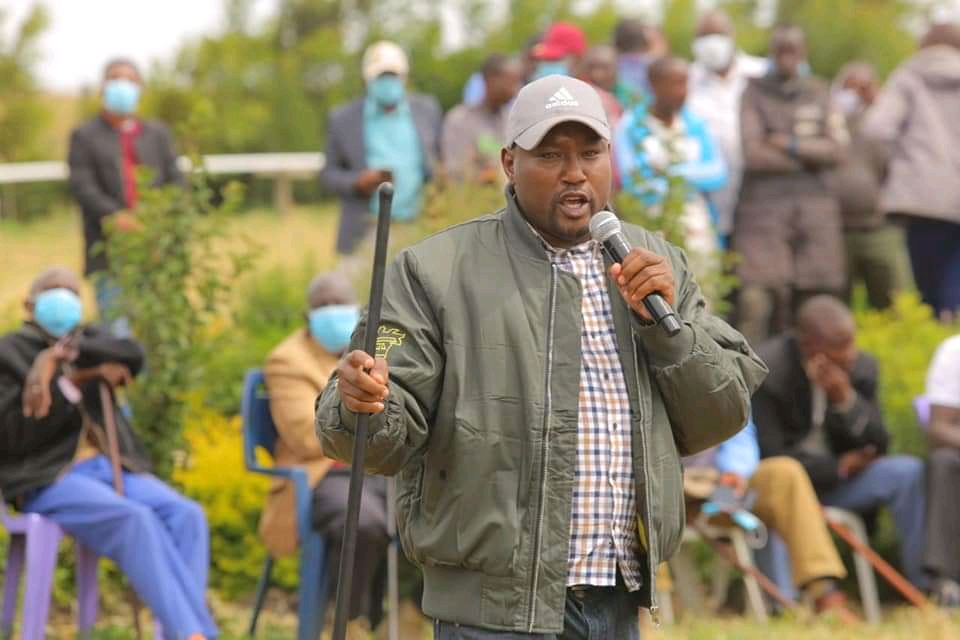 Senator Philip ole Mpaayei has finally opened up about his rise from obscurity to Parliament, and the behind-the-scenes intrigues that led to his landmark victory.

Prior to his election in 2017, as Kajiado’s second senator, not many knew or have heard about him, and so it was a great shocker to many that he won the race — trouncing incumbent Engineer Peter ole Mositet, ODM’s Daniel Tinaai and many other seasoned politicians.

In an exclusive interview, Mpaayei revealed how his predecessor’s “falling out of favour” with top Jubilee party leaders, sealed the latter’s political fate, and effectively set the stage for his imminent exit.

Anonymous sources have divergent views on why the politician could have fallen out of favour with party officials; Whereas, some allege business deals gone soar, others claim that he defied President Uhuru Kenyatta’s directive requiring party members to support a Bill at the floor of the House.

Therefore, owing to the above, Jubilee party was desperately looking for a candidate to replace him.

Then came little known Mpaayei, a graduate of Shivaji University in India, where he did an undergraduate course in Software Engineering.

He first confided his desire to run for the office to his immediate family, but they were cynical.

“Some of my family members expressed fear that I was a greenhorn in politics, and therefore could only risk a fateful repeat of history, where my father’s bid to run for Parliament became unfruitful.”

His late father, Chief Ernest Letuya who once contested for a parliamentary seat against the late Kajiado North MP John Keen, became so devastated after he had spent a lot of resources in campaigns and failed to clinch the seat.

Furthermore, the last-born in a family of fifteen, was also tasked with taking care of family property.

However, despite the resistance, he insisted that he had a strong conviction that his dream would come true.

“When they realized that I was so determined, they soften their stance and pledged to support my ‘wild’ dream.”

He then informed a clique of his inner circle friends, among them Kajiado South MP Katoo ole Metito, whom he says, proved to be a friend in deed, his quest to run for the office.

Katoo then advised him to vie on a Jubilee party ticket, and later introduced him to senior politicians who later came to endorse his candidature; they are the late Maj Gen (rtd) Joseph Nkaiserry and then gubernatorial aspirant Joseph ole Lenku.

“Katoo told me, if you need to succeed, connect with [the two former CSs] Nkaisserry and Lenku, as they are the ones who had the blessings of the party leadership.

“Though I was not known to them personally, I believe Katoo told them about me, because when I later met them (separately), they seemed so curious and interested to hear from me.”

The first day he had a round-table talk with Nkaiserry, at a restaurant along Isinya-Kiserian road, the former CS particularly asked him whether he had enough courage to run for the seat, and assured of the courage, he promised to hold his hand.

“We also had extensive talk with Ole Lenku, whereby we resolved to support each other, and he introduced me to his bandwagon.”

Meantime, the incumbent who previously took him for an underdog, begun to feel jittery of his growing popularity, and he sent his henchmen with a mission to convince him to shelf his ambitions — for an offer.

“I did not hesitate, or entertained their idea, I turned down their offer.”

Unknown to him, the Jubilee party were scheming to have former Olkejuado County Council chairman Tarayia ole Kores, who was also a gubernatorial aspirant, to withdraw his quest, and in return be given a direct ticket to vie for the senatorial position.

And so as fate would have it, Kores refused to heed the advice of the party, and it redirected its whole energy to the newcomer — Mpaayei.

After 20-years in Parliament, what next for Katoo?