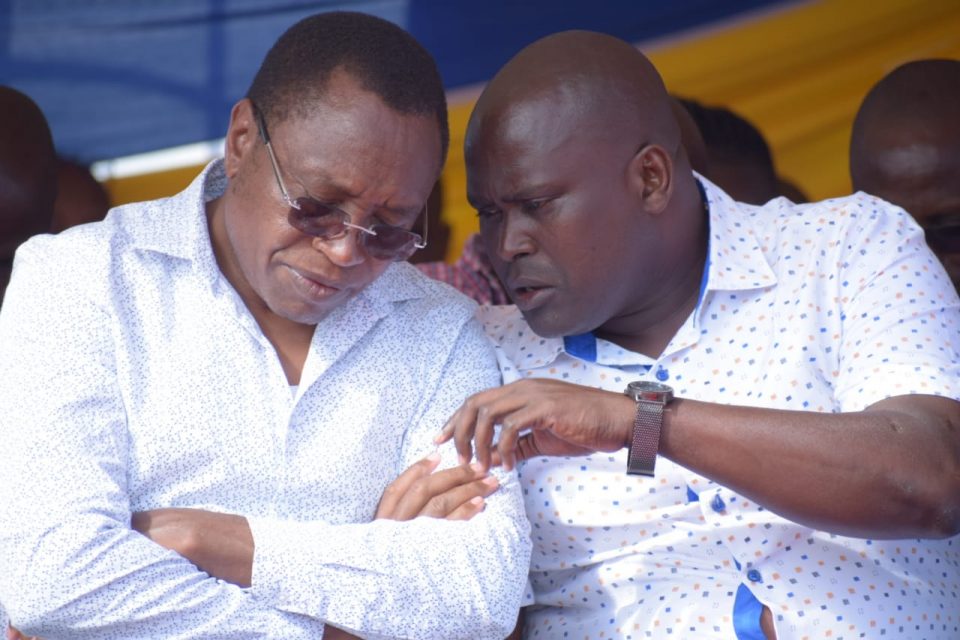 The second-term lawmaker says those supposing to succeed him, should brave for a bruising battle as he will be defending his seat

Kajiado North MP Joseph Manje has set the record straight that he will not be running for the gubernatorial seat in the coming General Election, but will be seeking a third-term to continue serving his electorates.

The Jubilee party lawmaker made the remarks, yesterday when he hosted Governor Joseph ole Lenku who toured the area to commission his government’s development projects, and to distribute relief food in some of the area’s informal settlements.

“I would categorically want to state that I am not running for the gubernatorial seat, but will continue to serve the people of Kajiado North as a Member of Parliament,” said the soft-spoken lawmaker.

The context of the MP’s sentiment was not immediately clear, but one of his close aides has told this publication that he was dismissing a “misleading” narrative that has allegedly been orchestrated by a section of his political detractors, who are apparently seeking to “succeed” him in 2022.

He said there has been attempts by some politicians to mislead the public that Mr Manje is going for the governor seat, while others claim that he is eyeing to be fronted as a governor’s running mate; ostensibly as they target to win support from his “huge” following across the Constituency.

“They know that MP Manje is a man who has remarkably served his people with due diligence and distinction, and that they could not face him off owing to his exemplary development track record that has greatly endeared him to a huge majority of the electorates, and this explains why they had resorted to their uncouth tactics of misleading the public with false narratives,” said the MP’s aide.

Those who had reportedly expressed interest to run for the area’s parliamentary seat are; Anthony Keen, a son of the late Maa veteran politician John Keen, Linah Monirei and the vocal nominated Ward rep Onesmus Ngogoyo — a former Olkeri member of the county assembly.

Speculation has also been rife that Kajiado Municipality Manager Parsimei Gitau, a renowned urban planning expert, and who had unsuccessfully run for the seat three times — 2007, 2013 and 2017 — could also be on the race. Others though believe that he harbors Senatorial ambitions.

Attempts by the Kajiado Star to find out from the manager whether he will be vying for any seat, were futile, as he shrewdly avoided the question, stating that: “Whether I run for whatever seat, or not, which will be dependent on how civilised the politics will be; one thing I know for sure, I will play a very major role in determining where Kajiado North goes.”

After 20-years in Parliament, what next for Katoo?