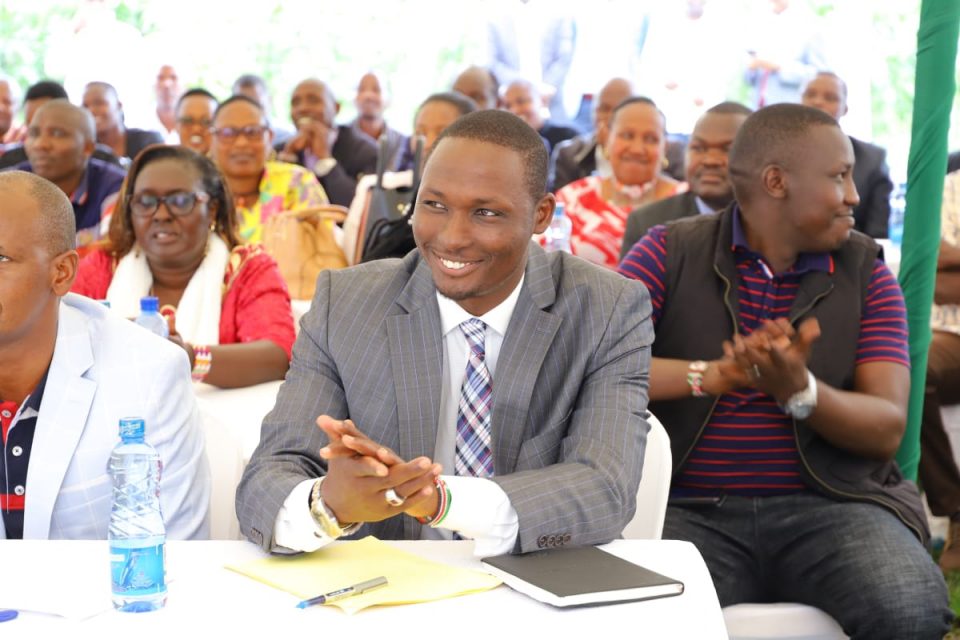 Dennis Kusero, formerly an Accountant at the County Department of Water, is now officially the man in charge of a multi-million County Emergency Fund domiciled in the Office of the Deputy Governor (DG), the Kajiado Star can report.

Prior to his new posting, the office was held by Sarah Kioi, who has led the county emergency responses since 2015, during the reign of the former governor Dr David Nkedianye.

Inside sources within the office of the deputy governor Martin Moshisho, while debunking alleged claims of political rewards, told the Kajiado Star, that the appointment was occasioned by “minor internal reshuffles.”

Concomitantly, the sources further revealed that Sarah “will soon be confirmed as the deputy director in the county economic planning office, at the Finance Department,” without stating whether there were other staffs affected by the said reshuffles.

Events leading to the appointment of Mr Kusero, a close confidant of DG Martin Moshisho, witnessed significant political upheavals, particularly in Keekonyokie Ward, where he hails from.

The upheavals ensued in the wake of supposedly spirited efforts by the DG to rally his agemates, Ilmerishi, of the Keekonyokie community, to support his boss and Governor Joseph ole Lenku’s re-election bid, and that of Senator Philip Mpaayei (also a member of the age-set), ahead of the 2022 general election.

However, in an unprecedented twist of events, a section of the age-set members, who were tasked to identify an irreducible minimum for them to pledge their political support, got wind that the DG was planning to “gift” one of their members, Mr Kusero, with the lucrative post of the Fund manager.

Displeased that they were not consulted, they voiced their revolt to the plan, and demanded that the age-set as a unit, be given an opportunity to pick another person — from amongst themselves — to take the opportunity.

The trio are said to be strong-willed supporters of the ruling regime, and hence any of them was supposedly to be preferred instead of “a politically indeterminate” Mr Kusero, who also happens to be a brother to Keekonyokie Ward representative Moses Saoyo.

They content that by picking the lawmaker’s brother for the seat could by extent, though indirectly, deal to further empower the estranged MCA, whose loyalty to the county boss is arguably questionable, hence the move may fail to pay any political dividend to the governor, at the end.

“It is our contention that Dennis is Saoyo, and Saoyo is Dennis” said a source privy to the details of a series of close-doors meetings held by key influential members of the age-set.

The DG however stuck to his guns, insisting that he had already promised his long-time friend the seat, and that he would not wish to renege on his word, and this complicated the matters the more, effectively setting the rallying calls in limbo.

Things got even sour when alleged claims of bribery involving the area assistant chief David Teeka, a powerful government operative in the area, emerged.

Mr Teeka who apparently wields overwhelming influence on key government appointments in the area, and who has the ear of the county bosses, was alleged to have received a colossal amount of money from Mr Kusero, claims that the administrator has dismissed as “unfounded and baseless allegations only aimed to drag my name through the mud.”

Unrelenting, the group resorted to seeking the governor’s audience, hoping to express their disappointment, though they were unsuccessful.

This publication, is reliably informed, that the governor avoided to grant them an appointment, after he discovered that the tussle for the seat, “has since turned into an age-group warfare, and did not want to be dragged into it,” said a highly-placed source in the Office of the Governor, but who spoke on condition of anonymity, as he is not authorized to speak to the media.

However, the governor is said to have found himself between a rock and hard place, as he had reportedly okayed his deputy to pick his preferred candidate for the post, but was then taken aback when he realised that the person picked was Mr Kusero, for the reason of his questionable political loyalty.

On one side, he had the option of revoking his deputy’s choice, but then that could have the net effect of vindicating his political nemesis, who have recently accused him of rendering his deputy “dysfunctional”. On the other side, if he accepts Mr Kusero, then he most likely have no political dividend to expect.

Nevertheless, he opted for the first option, and remains with an uphill task to pacify the troubled region, otherwise it could cost him handsomely, even his re-election bid.

Resign or we impeach you, Memusi tells DP Ruto