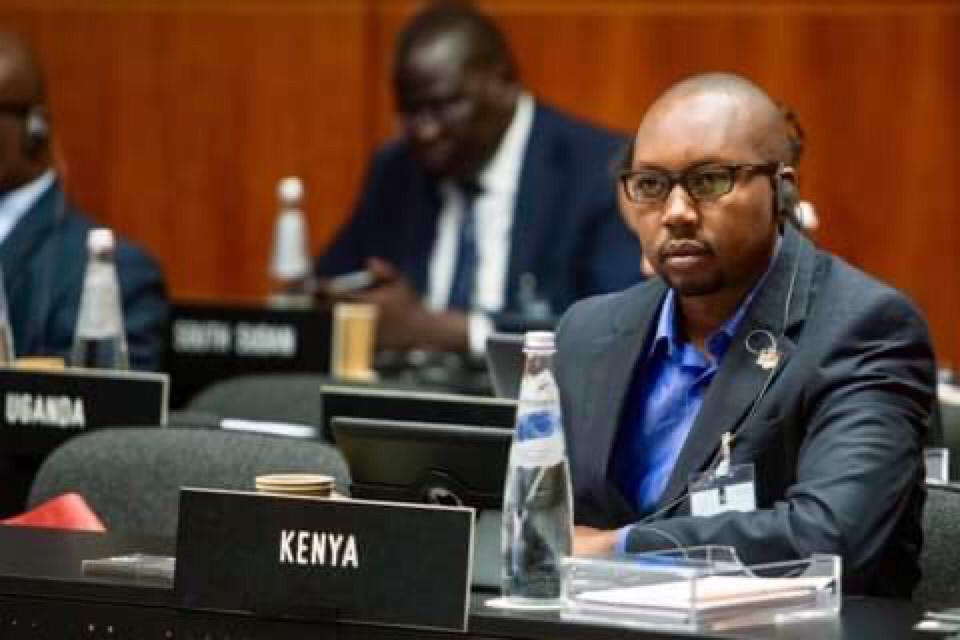 Admitted to the bar in 2014, the easy going lawyer rose through the ranks, to become the serving chief legal officer of the Intergovernmental Relations Technical Committee

Augustine Sekeyian, 36, a paragon of a modern pastoralist, and a distinguished lawyer, is set for the County Assembly vetting, following his September 25, nomination by Governor Joseph ole Lenku to the Office of the County Attorney.

If everything turns out all right, he will be in the Kajiado’s annals of history as the second County Attorney, since the inception of devolution, succeeding Maurice Kaikai, who passed away on August 9.

Days after his nomination, Kajiado Star paid him a morning courtesy visit, where we found him going about the hustle and bustle of his Olperesi Farm in a moderately populated Eiti village in Dalalekutuk Ward, Kajiado Central — a minutes-drive from Kajiado town.

The last born son of a former councillor Samuel ole Sekeyian, keeps; a herd of pure breed Pakistan sahiwal cows, a trip of galla goats, and a flock of dorper sheep, in his 300-acre piece of land, that he has fenced and partitioned into paddocks, in an effort to control disease and to cushion his livestock from the vagaries of intermittent drought seasons.

His fine-looking heifers, have seen notable agro-economist, from within and without the country’s borders, pay a visit to his farm.

“Some time back we had the Tanzania’s Minister of Natural Resources and Tourism, Dr Hamisi Kigwangallah pay us a visit, and he bought five heifers,” narrated an apparently easy going lawyer.

“The paddock you passed through as you were coming, is where I planted the boma rhodes grass [reputably rich with protein content], that you see over there,” he said, pointing at a towering hay barn packed with rectangular bales.

Besides, his wife, a public health practitioner, tilts a kitchen garden, adjacent to their house, where they practice pure subsistence organic farming.

“Organic foods have [of late] gained popularity because people have become aware of their benefits. They contain no chemical pesticides and fertilizers and are grown naturally with manure or compost and only natural pesticides and insecticides are used,” anonymous quote.

Taking us around the garden: “These are orange trees, and those over there are grapes… these are Chinese broccoli, these are kales, managu…”

Then he took us to a cottage, oleng’oti, where we had a treat of a mesmerizing cool breeze that courteously rustled leaves of lofty eucalyptus trees in his expansive compound; where we sat to execute the business of the day.

He begun by narrating to us his early exposure to the criminal justice system while working as a paralegal, at a human rights foundation in Uganda.

“There i was representing Foundation for Human Rights Initiative in the coordination meetings of humanitarian forums in Kampala, while I was pursuing a bachelor of law at the Kampala International University.

He continued: “My main duty was to ensure that prisoners get fair trial, and to assist them on issues like bail, and ensure that their rights are not violated.”

In 2010, before he graduated a-year later, he joined the Kenya’s committee of experts on constitutional review, as a research assistant, where he was tasked, among other duties, in ensuring consistency and accuracy of Hansard reports and counter checking factual content of the reports, and the dissemination of the draft constitution to the public.

In 2012, he was posted to the North Eastern region as a special human rights rapporteur for then Bethuel Kiplagat-led Truth, Justice, and Recommendation Commission which was set up to investigate human rights violations and other historical injustices.

At the time, the region was embroiled in a decades-long Waggala massacre, a situation that was further exacerbated by atrocities — “torture, brutal beatings, rape and sexual violence”, as well as “burning of houses and looting of property” — meted on the locals by security agents deployed to restore order in the region, according to a report by a Qatari state-owned Al Jazeera broadcaster.

“In cooperation with the rapporteurs in others regions across the country, we came up with the final report that culminated into the Commission’s final report,” he said.

At the same time, he was pursuing a post graduate diploma in legal practice at the Kenya School of Law, and practising advocacy with Kibanga, Munga and Company advocates.

In November 2014, he was appointed as the legal adviser to Amb Hussein Dado, governor of Tana River, and the County Attorney (CA).

“My main responsibilities as the governor’s legal adviser and the CA, was to represent him (Mr Dado) and the county when they were sued.

“I also provided legal opinion/advice to the governor, and the various arms of the county government. I was also charged with formulating and drafting Bills and policies on behalf of the County Executive Committee Members, and submitting the same to the County Assembly.”

Later, when Mr Dado who lost his re-election bid to now incumbent Dhado Godana, was appointed as the Chief Administrative Secretary in the Ministry of Devolution and ASAL areas, he once again picked Sekeyian as his legal adviser.

Among other duties, he was tasked with tracking Bills, in Parliament, relating to devolution, and making necessary amendments. “That was when I got the actual gist of devolution,” he said, exuding confidence that he is now well versed with devolution.

Among his most remarkable events at the ministry, is when he attended a cross border meeting in Addis Ababa, Ethiopia to discuss ways of implementing a United Nations-backed peace and economic memorandum of understanding that was signed by Addis Ababa and Nairobi in 2015, and which was billed to ease cross-border conflict between the two nations.

In June 2019, he became the chief legal officer of the Intergovernmental Relations Technical Committee, a state agency responsible for the day to day functioning of the National and County Government Coordinating Summit (the Summit), and the Council of County Governors (CoG), a post he holds to date, but he says “I will have to resign upon my appointment to the CA office.”