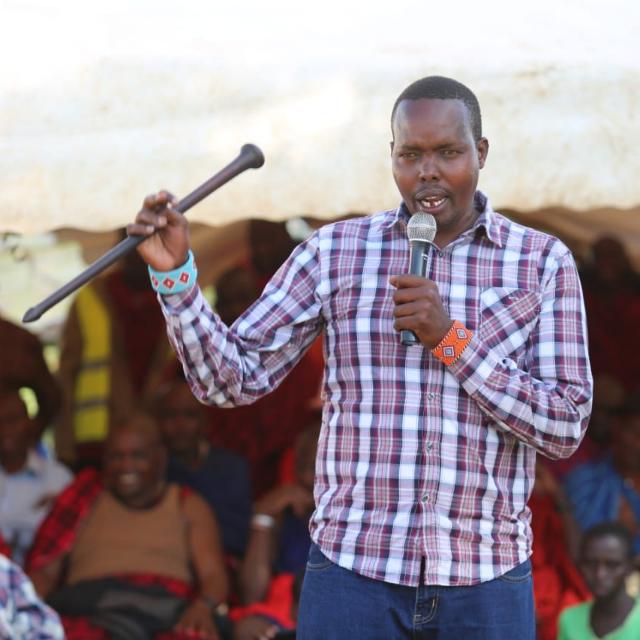 He is released on Ksh20,000 cash bail, pending his hearing on August 12

Former Matapato North Ward representative Lesalaon ole Seki, popularly known as Masaa, who is accused of offensive conduct, has been released after spending a night under police custody.

Appearing before Kajiado law court Magistrate Edwin Mulochi, on July 7, the politician pleaded not guilty and was freed on a Sh50,000 bond, a surety of a similar amount or a cash bail of Sh20,000.

This follows his arrest in the afternoon of July 6, after he appeared in court for a hearing of a determination of his preliminary objection which sought to dismiss a previous charge of incitement to violence levied against him by the Kenya Wildlife Service, on grounds that it was “unconstitutional”.

The court conceded the charge, and substituted it with the offence of offensive conduct — a wide charge that is often laid when it is difficult for police to prosecute a more specific offence.

The move was however disputed by his former counsel Felix Ndolo, who argued that the charge levied against him after he led a protest against wildlife at his Olgos area of Kajiado Central on May 30 is contrary to Section 94(1) of the penal code.

He asked for a day to discuss the new charge sheet with his client, before he could take plea, and was therefore remanded at the Isinya police station, with the plea taking date initially set on July 9.

However on July 7, the politician through his lawyer Koin Lompo made an application to bring forward the hearing, a request he was granted.

Appearing before court the same day, he pleaded not guilty and was released pending a hearing on August 12.

Back to school: It’s never too late as more women return to class