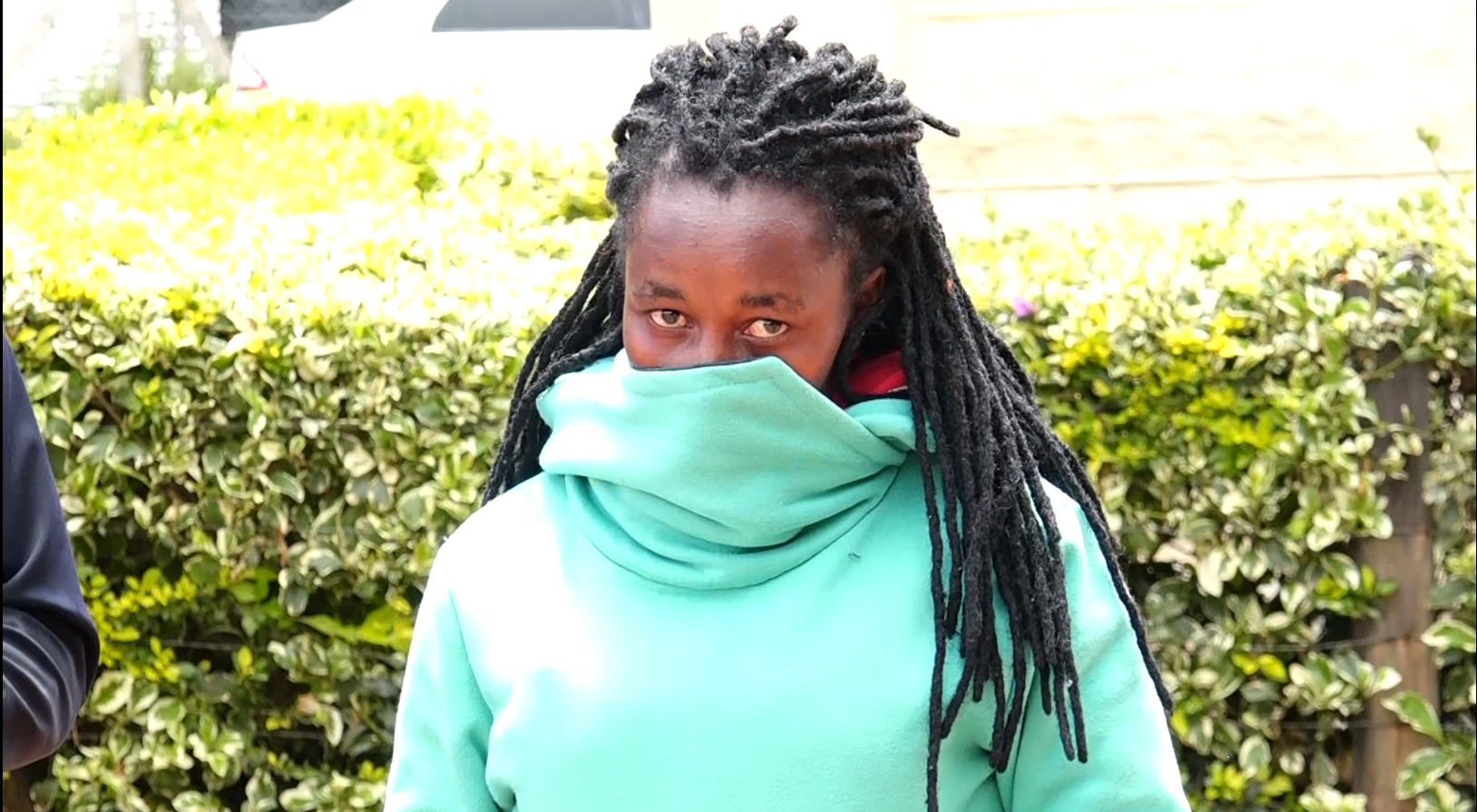 Noting that the two accused persons are a flight risk, the prosecution urged the court not to release them on bail and instead remand them at Kitengela Police Station, for 7 more days, as they wrap up investigations

Mutindi Nthuku, who police say is the main suspect in Shantel Nzembi’s murder, finally had her day in court yesterday, Monday, June 7.

Mutindi, 27 and Patrick Mureithi Wambaire appeared before Kajiado Resident Magistrate Edwin Mulochi, where they will be answering to charges of murdering the 8-year-old girl. Noting that the two accused persons are a flight risk, the prosecution urged the court not to release them on bail and instead remand them at Kitengela Police Station, for 7 more days, as they wrap up investigations.

Mutindi and Mureithi’s arraignment, brings to four the number of suspects who have appeared in court in relation to Shantel’s murder. The other two are Livingstone Makacha Otengo and Francis Mbuthia Mikuhu.

Makacha is a 27-year-old bodaboda rider, in Kitengela, who was found in possession of the phone that was used to call Shantel’s mother.   42-year-old Mbuthia, on the other hand, is said to have used his ID number to register the Aitel number, where the ransom money was to be deposited.

Investigations into the case indicate that between the time Shantel was reported missing and the time her body was discovered in a gunny bag, she had been held, against her wish, inside Mutindi’s bedsitter, which is in the vicinity of Shantel’s parents’ house. This is the time the kidnappers were demanding sh300,000 from Shantel’s mother, for the girl to be released.

ALSO READ Shantel’s murder: What we know so far

It further emerged that it is Makacha who dumped Shantel’s body using his bodaboda.

Police who were closely monitoring Mutindi’s telephone conversations, before they arrested her, intercepted a call she made to her boyfriend, a GSU officer based in Narok. In the call, Mutindi was requesting financial assistance from the boyfriend.

Police investigators got in touch with the boyfriend and convinced him to travel to Nairobi. It is while in Nairobi that the boyfriend asked Mutindi to meet him that police pounced arrested her.

When the kidnappers made initial contact with Shantel’s mother, over the phone, they demanded to know whether Christine Ngina was Sharon’s mother. It later occurred that Sharon was Shantel’s playmate. Sharon’s mother is a police officer based at Kitengela Police Station.

And in a bizarre twist, it has now emerged that Sharon, has a twin sister named Shantel and that the three girls go to the same school.