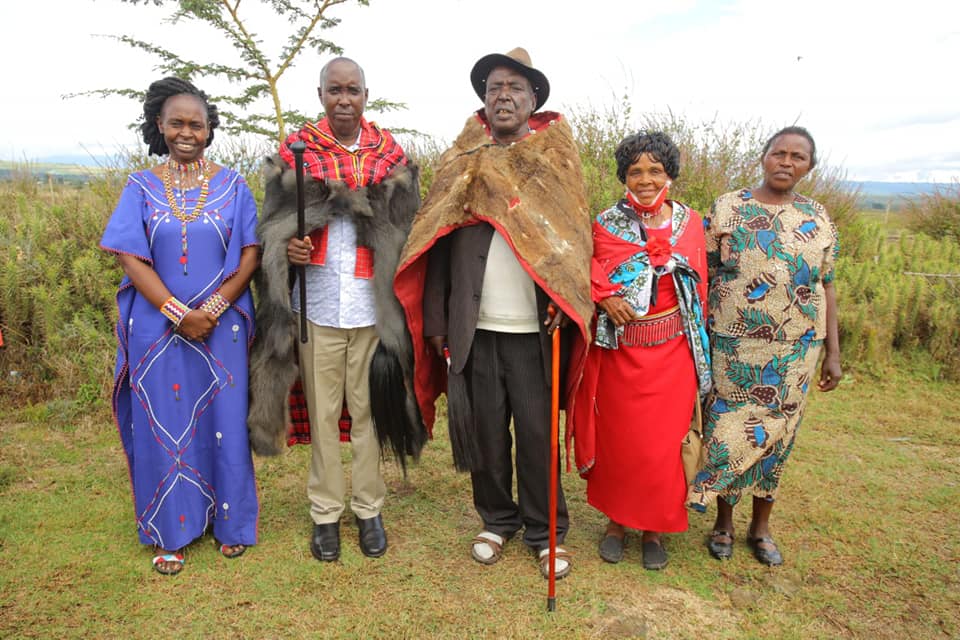 Vocal Narok Senator Ledama Olekina says kingpins are never endorsed, but are distinguished by their selfless service to the people

Firstly, the news of the said installation came against a backdrop of a rising and spirited “rebellion” against his leadership, more particularly at his Kajiado South home turf, where the area MP Katoo ole Metito has expressed interest to unseat him in the coming General Election.

The Tangatanga-allied MP, widely believed to be the governor’s kingmaker, and who commands momentous political influence in the vote swing region, was scheduled to hold a mega rally on November 7, where he was to officially announce his candidature, but was postponed to a later date following the latest Covid-19 protocols announced by President Uhuru Kenyatta.

Other political supremos, among them; firebrand Kajiado East MP Peris Tobiko and former NTSA Director-General Francis Meja, who are also aspiring for governorship, have of late step-up their charm offensive in the area, in what political pundits say are calculated moves to destabilize the governor’s political base ahead of the 2022 election.

In a further move that pointed to a-could-be simmering feud between the governor and a majority section of the Ward reps, 23 of the 28 Jubilee party MCAs avoided the October 20, Mashujaa Day fete hosted by Lenku at the KCB ground, in Kajiado town, to honor an invitation to attend “a strategic meeting” hosted by Katoo at his Ong’ata Rongai residence.

The latest move by the Assembly leadership led by the Speaker Johnson Osoi, Majority Leader Julius Moipaai, Minority Leader Daniel Naikuni and the Women caucus chairlady Jackline Lalaito to welcome the endorsement, government’s critics say, has only laid bare the widening rift within the Assembly — between those in support of the governor and those in support of other aspirants.

It therefore goes that, whether by incidence or not, the endorsement has come amid heightened political rhetoric, and a majority of the governor’s critics saw it as a politically-motivated move, hence the backlash.

“The move was a desperate kick of a dying horse,” said Joshua Kilitia, a close ally of MP Katoo, describing the endorsement as a political orchestration “to claim relevance in the face of mounting opposition and an open disapproval of his poor leadership.”

There have also been concerns that the said council of elders, that its chairman John ole Maitai claims to have led for three decades, “has either been dead dormant for those thirty years, they claim to have been in existence, or are just another crop of opportunist… otherwise we do not know anything else they have ever done for the community, and neither ever heard them raise their voices on pertinent issues affecting the community,” said Mailua group ranch secretary Jackson Marasua, a vocal ally of MP Tobiko.

“I wonder what on earth have those so called council of elders ever done, fathermore my father is also of the Ilnyangusi age-set and is not privy to such a thing… money must have exchanged hands,” said Alice Lasoi, MP Tobiko’s chief campaigner in the Kajiado West Sub-county.

On his part, Narok Senator Ledama Olekina, one of the vocal voices who are fearlessly championing for the welfare of the Maa nation, told the Kajiado Star in a phone interview, that kingpins are never randomly endorsed by a clique of elders, but by their selfless service to the people.

“The late William ole Ntimama for instance was never endorsed by anybody, or some elders; he dared put his life on the line to make sure that the interest of his people was safeguarded, he was loved and hated in equal measure but he remained true to his cause to champion for the welfare of his people.”

Others yet questioned the rationale for picking Ole Lenku over all other community leaders, saying there are many leaders who have done far more greater things for the community, and are thus more deserving of the position.

Environment Cabinet Secretary Keriako ole Tobiko, and Ledama, are some of the leaders that have prominently been mentioned as preferably equal to the task, owing to their longstanding reputation as fearless champions of the community affairs.