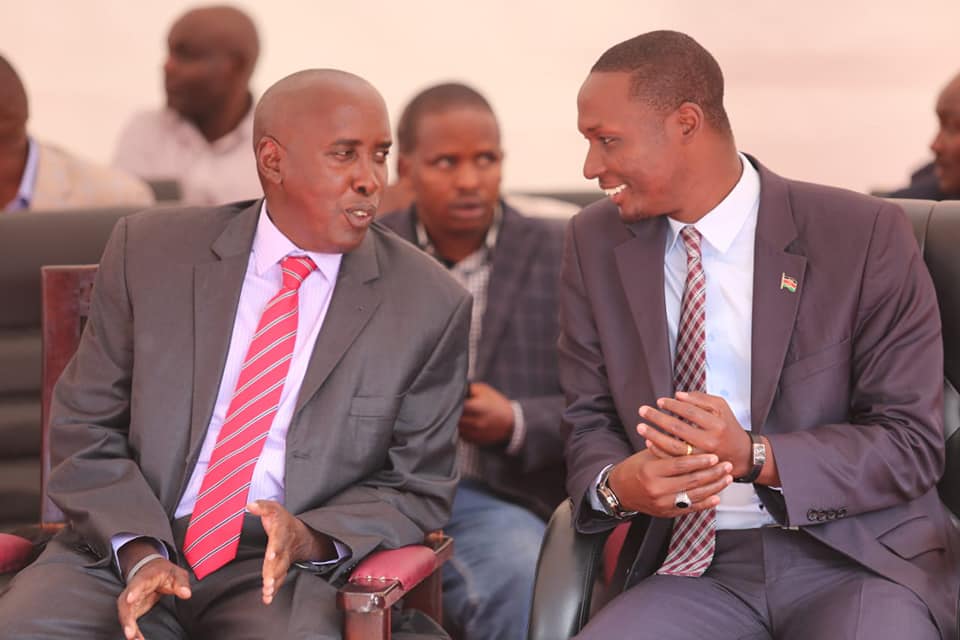 Governor Joseph ole Lenku could be poised for a re-election, if the latest opinion poll contacted by the Kajiado Star is anything to go by.

In the five-day poll, “Governor race 2022: Vote the leader to beat”, and which registered a record 794 voters; Ole Lenku came first garnering 44.82 per cent, followed (though quite surprisingly) by an erstwhile little-known but now fast-rising former NTSA director-general Francis Meja with 20.45 per cent.

Kajiado South MP Katoo ole Metito, who became the latest to announce his bid to run for the coveted seat, came third with 16.16 per cent, while his Kajiado East counterpart Peris Tobiko, a fiercest critic of the incumbent, came forth with 13.10 per cent.

On the fifth position is former governor Dr David Nkedianye, who scored 4.03 per cent and lastly former chairman of the defunct Olkejuado County Council Tarayia ole Kores with 1.39 per cent.

The poll comes amid heightened political temperatures, with heavyweights across the divide jostling for the governor seat, and other positions ahead of the 2022 General Election.

Cognizant of the dynamic nature of the local politics, and that many factors could come along the way to shift the county’s political trajectory, at least going by the poll, Ole Lenku is definitely the man to beat.

In exclusive interviews, Kajiado Star has learnt that top in the list of factors that could see the governor win a re-election, even by a landslide, are among others; his appointment of youths to most of the senior county positions; his reputable resolve to take head-on titanic forces that have allegedly perpetuated decades-long and systematic oppression of the local community; and of course his incumbency, which unlike his competitors, gives him sizeable support across the county.

In the swing vote Kajiado North Sub-county, for instance, the governor enjoys substantial support, thanks to his strategic legacy projects — among them the conspicuous multi-millions markets (most of which are nearing completion) and a revamped road network — that have significantly transformed the economic fortunes of the business community.

According to Nancy Ngige, a business woman, and a resident of Ongata Rongai Ward: “The governor has won the hearts of the majority of the Constituents, and we feel indebted to support his re-election bid for more development in the area.

“In the short period, he has been in the office, he has been able to distinctively fulfil most of his campaign promises… we now have the upcoming multi-storey markets that are mushrooming in the area, and of course the relocation of the Ngong dumpsite, is something that the locals really appreciate, having posed a real-time health concern for decades, with successive regimes, (Olkejuado County Council and the former county administration) perhaps indifferently failing to address it.”

His bromance with the area MP Joseph Manje, who is said to command significant political influence in the populous region, is another quite critical aspect that could be severe if underestimated.

The reclamation of the 2,000-acres of Rombo group ranch that has been a source of over five-decades long border dispute, with Taita Taveta County; the 170,000-acres of Oldoinyo-Onyokie in Magadi Ward; and the ongoing legal battle with Tata Chemicals Magadi, where he seeks to reposes over 200,000 acres of “unutilized community land”, have greatly endeared him to the indigenous Maa community, says Julius ole Ntayia, also a former chairman of the defunct Olkejuado County Council.

Kajiado West Youth Alliance treasurer Gloria Seleyian, a resident of Magadi Ward, said her area has got many job opportunities during Lenku’s administration, than ever in the history of Kajiado.

The unprecedented move by his area MP Katoo to express his interest to run for the governor seat, which some describe as “spoiler move”, will undoubtedly have considerable impact, according to Olgulului/Olalarashi group ranch chairman Daniel ole Leturesh, who is a key supporter of the governor in the area.

He however opines that Lenku will still emerge victoriously owing to the support of the majority of powerful group ranches officials who are historically reputed to determine the area politics.

Further, a perceived looming split within the Muungano political grouping, consisting of his key political nemesis, could only prove to boost his re-election chances.

The Muungano, consisting of all his competitors in the poll, and which initially announced that it will front one “indomitable” candidate to face off with Lenku, is now facing its test of time, with the vocal Kajiado East apparently taking a hard stance, that being the only woman in the fold, she will not step down for anyone.

In what pundits term as an attempt to consolidate support in her backyard, she has over time taken to her public rallies to implore the former governor, who also hails from the area, and whom she claimed that she had previously risked her life, for rallying behind him, and that it is now time that he expresses his gratitude, by backing down for her candidature.

Dr Nkedianye has however remained non-committal to respond to her request, telling this publication, “I don’t want to comment on that,” but said he will definitely be on the ballot.

Incontestably, most of his Cabinet members and county chief officers (COs) are youthful, a critical aspect that could, by large, expound why a majority of the internet-savvy youth constituents are equivocally expressing confidence in his leadership.

‘I am not eyeing any political seat’: US-based philanthropist

For women, returning to school is never easy