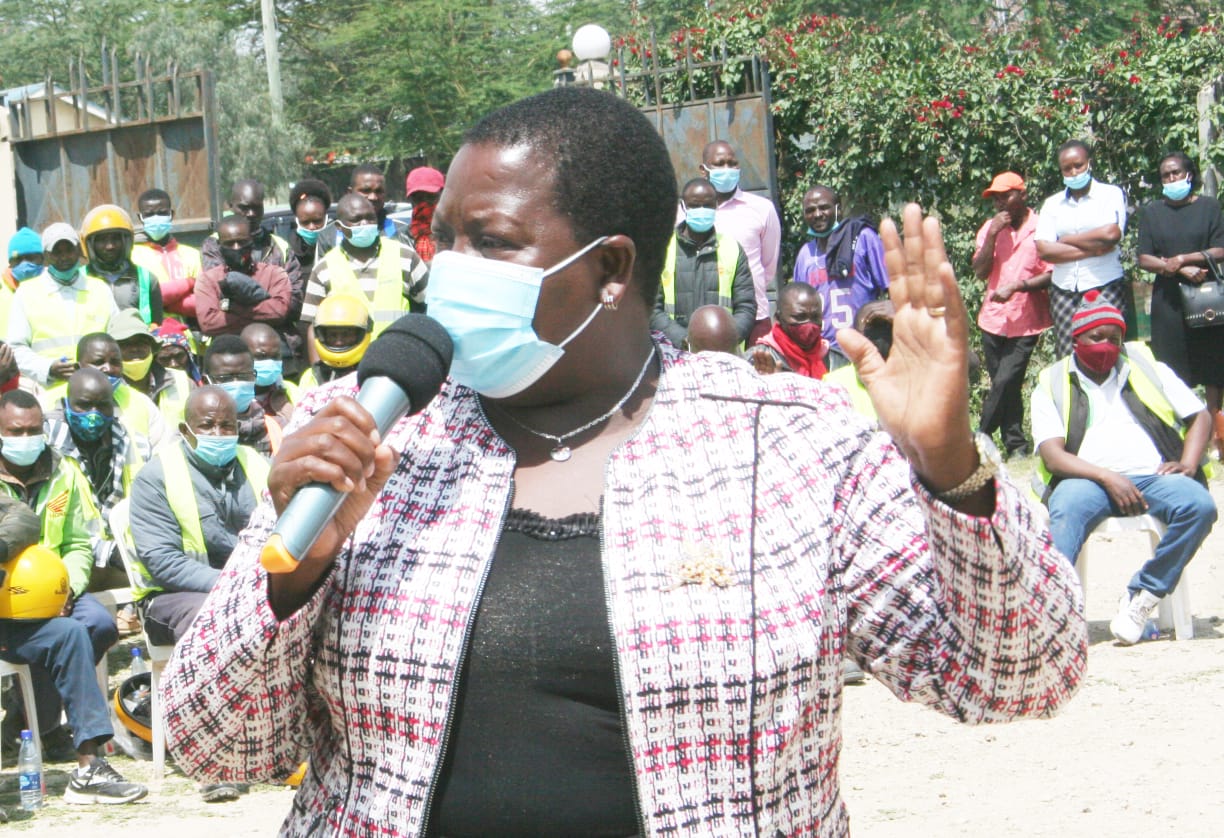 “Staff at the referral hospital, including doctors, nurses and other staff do not have toilets, they use facilities across the fence. I am told staff there have gone for months without getting paid. It is shameful,” said Tobiko

Kajiado East MP Peris Tobiko has issued a stinging rebuke at Governor Joseph Ole Lenku, charging that he has failed in delivering on his mandate and thus needs to be voted out in 2022.

She particularly zeroed in on service delivery, in the county, especially public hospitals like the Kajiado Referral Hospital and the Saitoti Hospital in Kitengela. “There are no medicines at the Saitoti Hospital; the best you can get there is Panadol,” said Tobiko. “At the Kajiado Referral, there are no medicines, no beds and no Oxygen for Covid-19 patients.”

“Staff at the referral hospital, including doctors, nurses and other staff do not have toilets, they use facilities across the fence. I am told staff there have gone for months without getting paid. It is shameful,” she said, adding that urban centres in the county are choking under the weight of uncollected garbage as well as impassable roads.

Tobiko made the remarks at the Kajiado East CDF offices in Kitengela, on Wednesday, when she presided over the issuing of more than sh13 million in bursary allocation to various locations in the constituency. She also gave a sh300,000 cheque to the Nation Youth Service (NYS), for having trained a group of bodaboda riders in Kitengela on road safety.

Tobiko told the gathered audience that it is high time the people of Kajiado considered electing a woman governor for a change. “I am a mother and as you well know mothers use their money for the benefit of their children; they do not hide resources,” she explained. “Here in Kajiado we have been very patient with the two male governors who have failed to deliver to the people who elected them. Why don’t you elect a woman governor so that you can experience real change, real development and real accountability?”

She gave the example of Kitui County, which has a woman governor in Charity Ngilu, and enumerated some of her achievements. “Mama Ngilu established a textile industry in Kitui and today she has won tenders to supply uniforms to policemen, chiefs and the NYS. She recently established a leather factory that is producing footballs. What does governor Lenku have to show for the sh10 billion he gets from the national treasury every year?” asked Tobiko.

“With all due respect, you shall decide who to elect as my successor here in Kajiado East, as I am set to become governor of Kajiado County,” she added.

Tobiko said that her CDF fund had issued bursary cheques in January but seeing how the Covid-19 restrictions have affected wananchi, “I asked my fund manager to see if we can give parents as they take children back to school, this term,” she added.

She explained that the sh10 million bursary kitty had been equally divided with all locations getting sh500,000. Chiefs from all locations in Kajiado East were at hand to receive the cheques. A total of 1,500 students benefited from the bursary allocations. The additional Sh3 million, she added, was for students on scholarships and other needy cases that individually presented themselves to their offices.

She outlined some of the achievements her CDF Fund has made. “I have built schools like the recently completed Magereza Secondary School; while work on the primary school in currently ongoing. We will soon be opening a block of four classrooms at Noonkopir Primary School. Similar work is ongoing at Utumishi Primary,” explained the MP.

She further challenged Governor Lenku to allocate land in Kyangombe, in Kitengela, “where I guarantee to put up a block of eight classrooms,” she said, adding the school being put up by the county government in the area, is ‘too far’ for the pupils and that there are risks of children being attacked by wild animals while going to school.

Ngong Traffic cop in coma after being thrown off moving canter