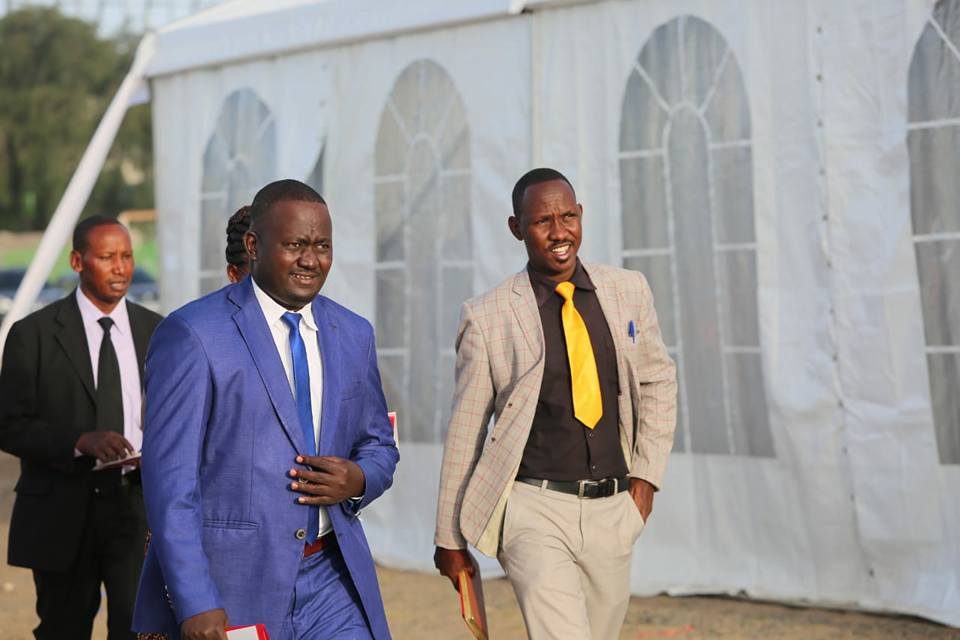 The area elected leader and some group ranches officials have protested the ongoing oil exploration in block 14T, saying that they were not consulted

An ongoing oil exploration in block 14T of Magadi Ward by the National Oil Corporation of Kenya (NOCK), runs into headwinds, as the area leaders protest the exercise, over claims that they were not consulted.

Reacting to a report by the County Press titled “Oil exploration to begin in Kajiado”, the area MCA Joseph Masiaya, who said he was not aware of such plans, and that he only came to know about it when he read in the media reports, said “Magadi is not a showground, or guesthouse where anyone comes in and exit at wish”.

Masiaya said the area has four group ranches leaders, administrative chiefs, and himself as an elected leader, and as such, the government agency ought to have consulted them way before they could announce that they would roll out the exercise, terming the “failure” as an “unwarranted expression of contempt towards the area leadership.”

However NOCK chief executive Gideon Morintat, responding to their concerns, said the leaders were reacting to “inaccurate information”.

Disapproving the said report, which quoted him speaking at a recent event where NOCK was donating hand sanitizers at Kisamis, in Kajiado West Constituency, he said, “NOCK does not intent to start carrying out oil exploration [in February next year] as purported by the paper… the license to undertake exploration in the area was awarded to the corporation in 2012.”

Since then, the CEO said, the corporation has been conducting seismic survey around Magadi basin, specifically in Inkurman, Shombole and Olkiramatian areas, to determine whether, or not, it is viable for oil drilling.

“So far 2D (two-dimensional) seismic data has been collected — that is equivalent to approximately 500 kilometres,” he said.

Before the issuance of the license, Mr Morintat said, engagement with the then community leaders was done, and is still ongoing.

At the time, he said, “it was agreed that as the agency carries out the exploration exercise, it should also participate in the region’s socio-economic development in terms of corporate social responsibility.

“And true to our pledged commitment, we have already handed over two water boreholes to the community, and we have also been at the forefront supporting the county’s mitigation measures against the novel coronavirus, by providing [those that are underprivileged] with facemasks and hand sanitizers.”

He further reported that the agency has recently received CSR projects proposals from the community, which include; renovation of cattle dips, construction of a school dormitory, and support for small scale farmers by purchasing portable pumps.

“We have factored in these requests in our CSR budget for the current financial year, but the unprecedented outbreak of the Covid-19, which has had a devastating blow on almost every sector of the economy, has caused a delay in our implementation.”

However in a rejoinder, Masiaya refuted, the claims that two boreholes were handed over to the community, saying, “they are never handed over, and in fact they even long broke down, and our attempts to reach out to NOCK to repair were futile, as they never responded back.”

He maintains that it is not just enough for the corporation to claim to have an agreement with the community, when they are not fulfilling it, and added that the local leaders ought to be updated on what is going on.

Once the exploration is done, and the data analysed, then it will be determined whether the block contains hydrocarbons that forms the basis of crude oil, before drilling is undertaken.