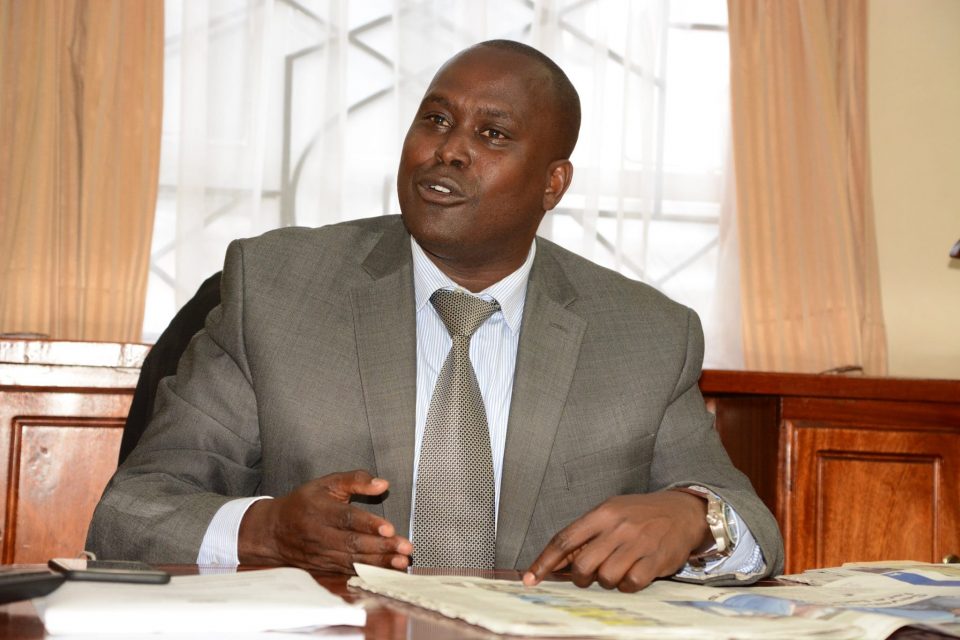 A majority of the Jubilee party lawmakers have teared into Lenku’s administration, and vowed to support MP Katoo’s gubernatorial bid

Kajiado South MP, and gubernatorial hopeful Katoo ole Metito yesterday held ‘a strategic meeting’ with a majority of the ruling Jubilee party allied Ward representatives, where he reportedly rallied them to support his about-to-begin grassroots mobilisation campaigns across the county.

The meeting, held at the MP’s Ongata Rongai residence, took place as a county’s Mashujaa Day celebration fete, presided over by Governor Joseph ole Lenku, and attended by a section of the county’s top brass, was going on at the KCB grounds, in Kajiado town.

The concurrence of the two events, elicited mixed reactions, with a majority of the political elites reading “open rebellion by the MCAs to their party governor”, besides Katoo’s own interest to progress his political agenda.

Nineteen of the 28 Jubilee party MCAs — and who are in support of Deputy President William Ruto’s 2022 presidential ambitions — were in attendance, with four others; Lengete Kamete (Rombo), Peter Gitau (Olkeri) Grace Parantai (nominated) and Josephine Sharar (nominated), reportedly giving their apologies.

ALL IN ONE TOUCH SCREEN POS

Speaking at the Mashujaa Day fete, where Kajiado West MP George Sunkuyia was in attendance, the governor who apparently was in the know about the MP’s meeting, accused unnamed Parliamentarians, of hatching a plot to rekindle past feuds between himself and the Assembly — whose culmination threatened Speaker Johnson Osoi’s impeachment and that of his deputy Masiaya, by MCAs allied to the governor.

Most of the “dissenters” were also purged from key House leadership positions, at the time.

“A section of the seating MPs who earlier instigated division within the Assembly, are now back to their cause, to disrupt our peoples’ peaceful co-existence… we are not going to allow that to happen, as I promised to unite this county,” said Lenku.

Further, in his written speech, calling to “a stop of divisive politics”, the governor said: “The next general election is a whole 22 months away. As such therefore, our leaders ought to spend this time diligently and deliver on the promises they made to the people.”

He however welcomed “Positive criticism” noting that, “it has the potential to bring on board better ideas. However, vexatious criticism that is meant to derail ongoing development programmes will not be allowed to take root in this great County.”

However a section of the MCAs who spoke to the Kajiado Star on condition of anonymity, said the MP invited them to the meeting intently to officially inform them of his expressed bid to run for the gubernatorial seat, and requested them for their support.

“He requested us to support his bid, and to cooperate with his grassroots campaigns that he is about to roll out across the county… He also told us to take note, so that, just in case he holds a campaign rally in our areas, and say is convened by just a member in the Ward, then the area MCA should not take that to mean that he is being undermined,” said one of the sources.

“He told us to give the governor ample time as he winds up,” said another source.

After the one-hour meeting, a majority of the Ward reps, assured the forth-term MP of their unequivocal support for the governorship race.

Asked why they chose not to support Governor Lenku’s re-election bid, the responses were diverse. “It is in our view that Kajiado County needs a mature leader, who would actualize the much needed unity.

“As it stands, clanism is now at its peak… we also need someone who can engage us, and not blackmail us to support his political cause, as he fights our own,” said a source.

A number of the county lawmakers have occasionally raised concerns that the governor has been side-lining them in affairs concerning their electorates, by working with their opponents or his ‘point-persons’, or by assigning them duties that end up undermining the elected leaders.

The Tangatanga allied faction of the ruling party lawmakers, who forms the majority in the Assembly, have also claimed that they have been pushed to the periphery, leaving the minority, allied to the moribund National Super Alliance coalition calling the shots.

Three nominated MCAs; Ms Tonkei, Ms Wachuka and Grace Salau, who have also declared their interest in the Women Rep seat in 2022, have also decried “the governor’s endorsement of their counterpart Patricia Mbaria for the seat”, saying that as much as Ms Mbaria is not their threat, the governor ought to have left the ground levelled for all.

For these grievances, and many others, they say, “Lenku is a man with so many political enemies, whom he has created them for himself, for the past few years he has been in office, and so his re-election chances remain to be very slim, unlike Katoo who has been in Parliament for close to two decades, and yet remains a man of the people.”