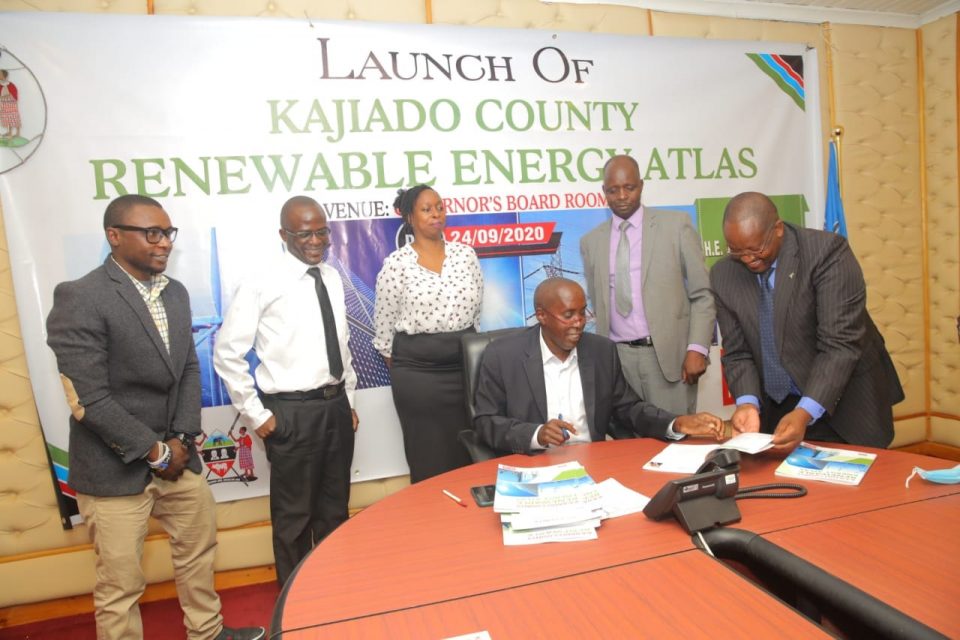 Kajiado County is poised to enhance its local renewable energy production — a key infrastructural enabler for the country’s Big Four Agenda — from its current 25.5MW that is generated at the Ngong Hills Wind, and which remains the only local power input to the national grid.

However, the county boast of hosting Kipeto 1 and 2 Wind Power project, that is nearing completion, in Keekonyokie Ward, and which is projected to generate an additional 100MW; and Magadi solar and Mt Suswa geothermal projects that are also underway.

In this front, and in line with Governor Joseph ole Lenku’s pledged manifesto to support investment in green energy, the local government is moving in earnest to put in place, the necessary information infrastructure in an elaborate bid to woo more investors into the sector.

As part of a strategic plan to achieve this salient undertaking, the governor yesterday launched a County renewable energy atlas, which showcases the county’s energy potential to prospective investors.

The atlas, developed by the county government and Arid Lands Information Network (ALIN), with support from the Hivos Strategic Partnership-Energy programme, further details, the location of the various renewable energy resources, that is, where they exist and to what extend; a critical piece of information in business investment analysis.

“In Kajiado County, renewable energy in form of wind, solar, geothermal, hydro and biomass are abundant… despite them remaining largely untapped,” said the governor in his report.

County Natural Resources Executive Michael Semera, on his part, noted that: “Renewable energy resources are able in the long-term to provide energy at an affordable cost.”

He added that, “Understanding the location and potential of renewable energy resources is, therefore, a crucial prerequisite to their utilization.”

The atlas shows that key potential areas of biomass energy in the county include dumbing sites, slaughter houses and homesteads with a large livestock herd.

Some areas, the atlas further states, also emerge as high potential for utilization of locally available materials to make briquettes — compressed blocks of coal dust or other combustible biomass material.

The Act, also mandates county governments to undertake feasibility studies and maintain data with a view to availing the same to developers of energy resources and infrastructure.

County Chief Officer for Natural Resources Dr James Sankale has also applauded the atlas, saying, it “not only provides the Kajiado County Government with high quality, publicly available data on renewable energy resources, but also acts as a catalyst to trigger planning and policy development and help attract investors in the renewable energy markets in Kajiado County.”

Economy plummets as govt step up fight against COVID-19