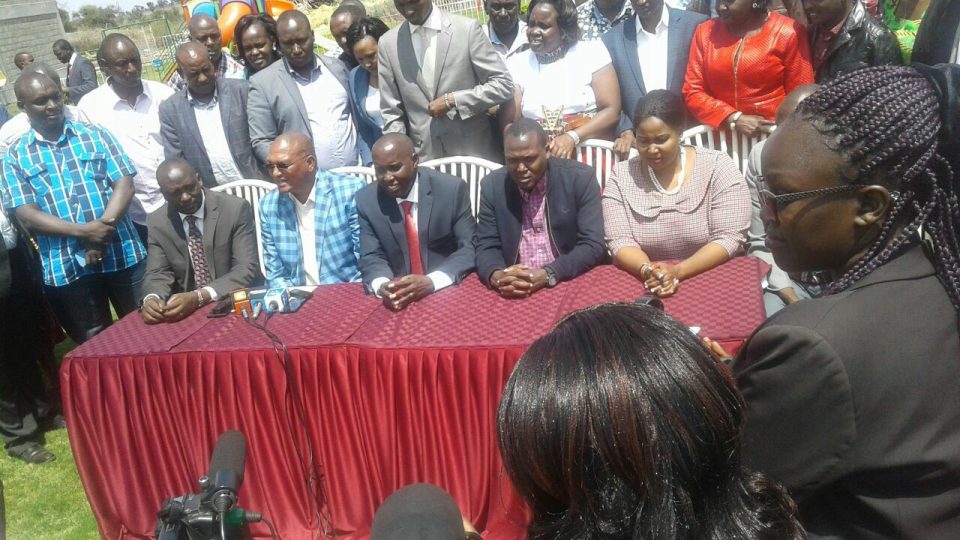 Orange Democratic Movement (ODM) politician, and Kajiado East parliamentary aspirant Kakuta ole Maimai has dismissed reports that a section of the party members had defected to Jubilee party after the last General Election.

Kakuta made the remarks while responding to a report by the Kajiado Star, which mentioned a number of ODM politicians who had reportedly announced their defection to the Jubilee party in September 2017, at a function hosted by Governor Joseph ole Lenku at the Enchula resort in the outskirts of Kajiado town.

Following their defection, this publication reported, the party picked the then vice chairman Innocent Katoo to succeed Mr Osoi.

However in a rejoinder, Kakuta told this publication: “Our move was not defection per se, rather, we initiated a handshake with Governor Lenku and the ruling party — Jubilee — in an effort to foster unity and development across our county.

“All of us are still registered members of ODM party until further notice,” he said.

Further on the alleged ploy to replace Mr Katoo as the party chairperson, he said: “Innocent Katoo is destroying ODM in Kajiado County with his reckless utterances and threats to credible supporters [and] candidates who refuse to pay him bribes for favors from the party.”

He said his replacement is long overdue for a successful rejuvenation of the ODM party in Kajiado County.