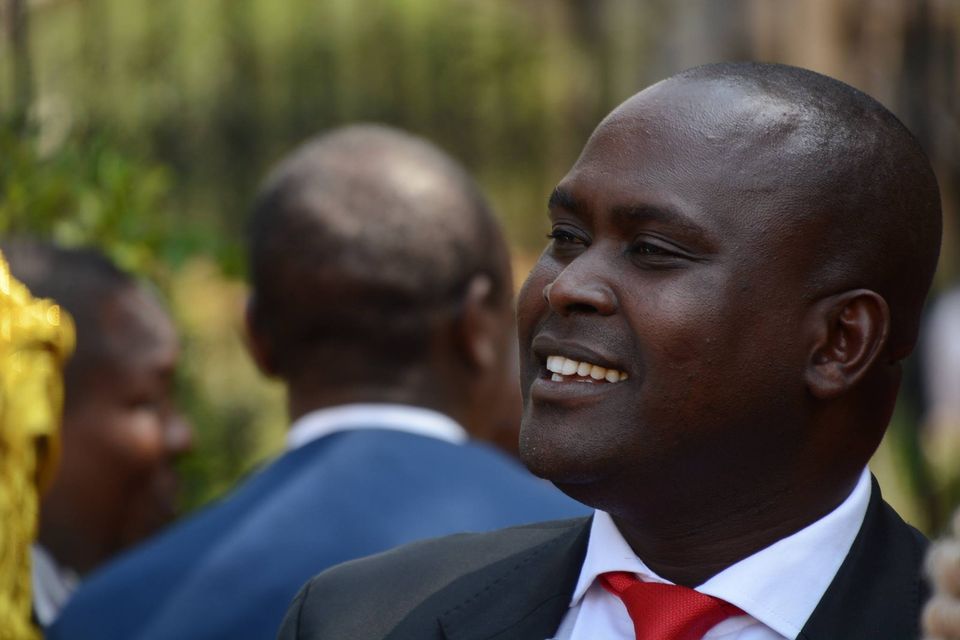 In the case push comes to shove for the beleaguered DP to quit from the Jubilee party, then it will be instructive to have his close ally, Katoo, run for the Kajiado governor seat

Understandably, politics world over are very dynamic, but basing on the current political developments in the county, most probably, the Governor’s race will have three major contestants come 2022.

The incumbent, Governor Joseph ole Lenku, who is apparently pulling out all the stops to retain his seat, has of late maintained a studious silence in the face of scathing attacks aimed at him by a grouping eyeing to unseat him in the forthcoming General Election.

He has apparently focused on his Executive duties, hosting different dignitaries and inspecting ongoing development projects in various parts of the county, with the recent ones being in his home turf towns of Loitokitok and Ilasit, in Kajiado South.

On August 27, when he met a section of leaders and the business community in Kitengela, the governor urged elected leaders to avoid unnecessary politicking, which he argued, it could be detrimental to development.

“I will continue to engage leaders to fast-track development. I urge all of them to show leadership when we come up with projects. Let us reduce unnecessary politicking as it only slows development,” said Lenku.

Meanwhile, his predecessor Dr David Nkedianye while speaking last week at the Intashat home of former NTSA Director-General Francis Meja, accused his successor of underperformance despite “having received huge budgetary allocations from the national government, in the past three years he has been in office.”

Also, though without providing details, the former governor alleged that Lenku is culpable for runway disunity in the county.

Nkedianye is among three other gubernatorial aspirants, who have come together to marshall their troops and are hell bent to scuttle Lenku’s re-election bid.

Former Senator Eng Peter ole Mositet, who had earlier on hinted that he would vie for the seat, had recently declared that he has shelved his ambitions, following his appointment — by President Uhuru Kenyatta — to chair the prestigious Nairobi Metropolitan Area Transport Authority board.

He has however vowed to throw his weight behind any of the four bigwigs, who will eventually be fronted for the seat.

The meeting at Meja’s home, is the second in a row, after the August 2, held at Kores’ Loodokilani home.

According to Samuel Moinket, one of the key strategist of the group, the meetings are aimed to cultivate synergy among the group’s top brass and also among their supporters across the county.

Inside sources familiar with the plannings of the “Alliance”, intimated to this publication that the group will “at an agreed time next year” front one formidable candidate to face off with Lenku and/or any other candidate for the seat.

Political pundits however have it that the success of the alliance will be determined by their success to hold together.

“If the group remains united as they are now, then their victory is almost guaranteed, the grave mistake they could however commit and leave regretting about it, is if they fail to unanimously agree on who [amongst them] to front,” said a source who spoke to the Kajiado Star on condition of anonymity.

Another potential aspirant for the seat is Kajiado South MP Katoo ole Metito. Though he has not publicly declared his interest to vie for the seat, speculation is rife that his name will undoubtedly be on the ballot, vying on the Tangatanga ticket.

This is owing to his recent unprecedented move to declare his unequivocal support for the Deputy President William Ruto’s Presidential bid ahead of the 2022 General Election.

Katoo has remained non-committal to state whether he will be on the race, only stating that: “Let’s cross the bridge when we get there,” perhaps indicating that, meanwhile, he remain committed to his legislative role.

Pundits argue that in the case push comes to shove for the beleaguered DP to quit from the Jubilee party, then it will be instructive to have his close ally, Katoo, run for the Kajiado governor seat to wrestle with the Handshake candidate, as the DP will be seeking to have his lieutenants hold strategic positions hopefully when he becomes the next Head of State.

Lenku in all-out war on Masiaya