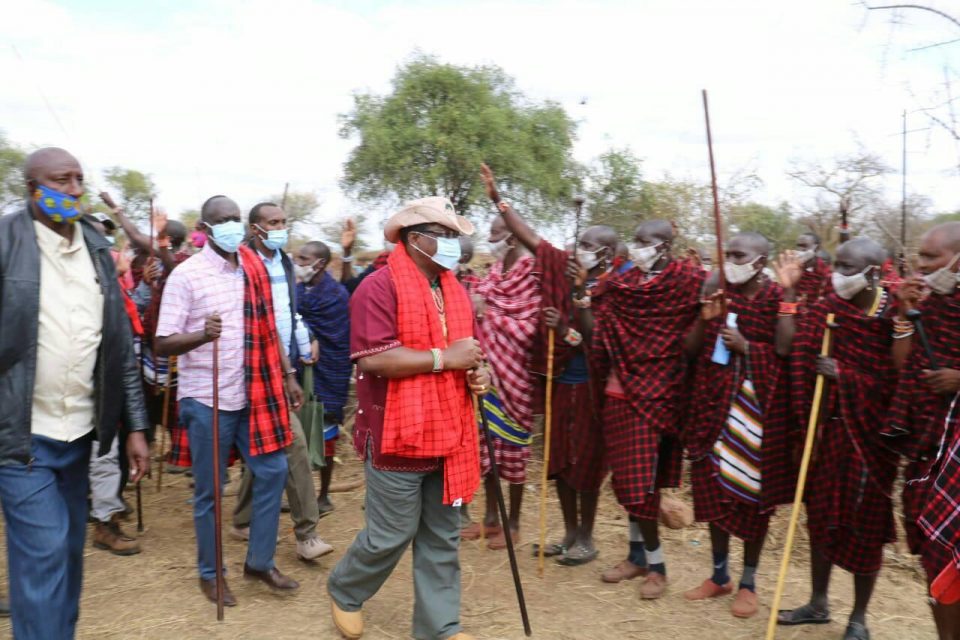 The president has advised that the initiative will address needless selling of land, and provides an alternative source of livelihoods for harmful economic ventures; charcoal burning and sand harvesting

President Uhuru Kenyatta has urged morans, who are celebrating olng’esher, a rite of passage, where warriors graduate to being elders, to expend resources that are being channelled in support of their function, in meaningful and sustainable economic ventures.

The call, according to Environment Cabinet Secretary Keriako Tobiko, who graced the cultural celebration yesterday, in Maparasha area of Kajiado Central, will go a long way in addressing needless selling of land, that is rampant in the area, as well provides for an alternative source of livelihoods for harmful economic ventures, like charcoal burning and sand harvesting, that contributes to environmental degradation, and that would have the net impact of further exposing communities to severe impacts of climatic change.

“Invest the money in business, so you’ll be able to improve your economic welfare and support your families,” said Keriako, who relayed the president’s message to thousands of residents at the manyatta.

This comes a day after, the president donated Sh4 million, which was equally and separately presented to the officials of two manyattas — one in Maparasha and another in Imbirikani, Kajiado South — by Governor Joseph ole Lenku, at an event that was also attended by Amani National Congress leader Musalia Mudavadi and Kajiado Central MP Memusi Kanchorry.

At the event, the governor also donated Sh200,000, beddings and foodstuffs, while Musalia and Memusi both donated Sh100,000 each.

CS Tobiko who also donated Sh1 million and foodstuffs worth a million shillings, has yesterday announced that the Head of State will be sending an extra Sh2 million next week on Tuesday, but urged the beneficiaries to open a cooperative account with which they can run their enterprises.

Deputy President William Ruto is expected at the function on Thursday 24, and would be accompanied by Nominated Senator Mary Senator, among other Tangatanga alied leaders in the County.