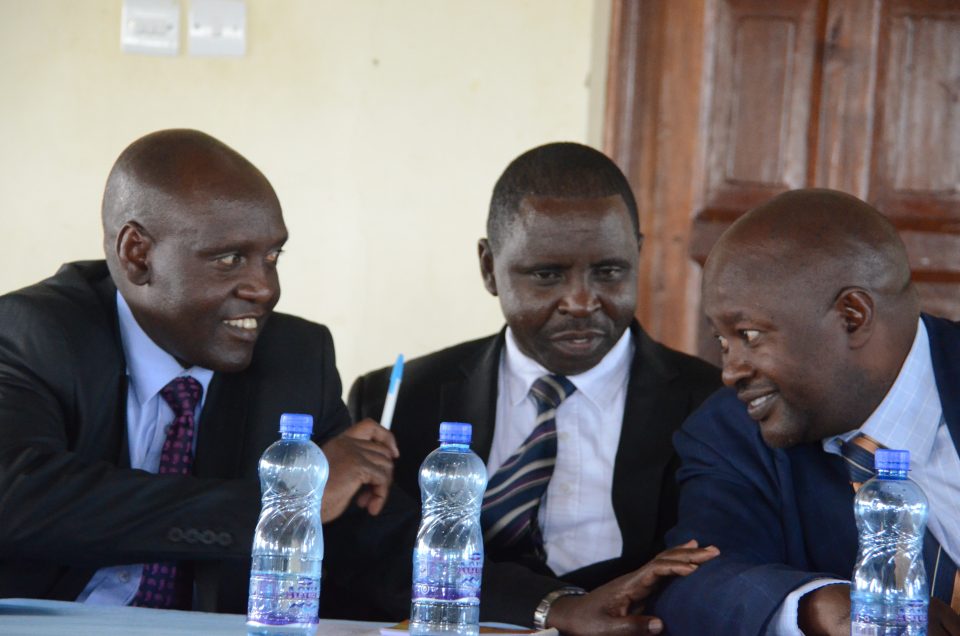 Only 11 candidates scored A minus, being the highest score in Kajiado North

Education stakeholders in Kajiado North have been asked to do more in order to improve examination performance in the sub-county, with only 16 per cent of candidates who sat for the 2019 Kenya Certificate of Secondary Education (KCSE) set to proceed to university.

This figure, according to John Njoroge, Kajiado North sub-county director of education, is not “good enough”, as more than 2,000 candidates will not proceed to university. “Some 2,597 candidates sat KCSE in Kajiado North last year,” said Njoroge. “Out of those, only 416 attained a C plus and above, which is the minimum university cut-off mark.”

Only 11 candidates scored A minus, being the highest score in Kajiado North, with Oloolaiser High School leading with 8, followed by Masai Girls with 2 and Nkaimurunya High School with 1. Kajiado County did not have a single A.

“Education stakeholders in Kajiado North should put in place measures that would improve transition rates to university. We should at least move it to 30 per cent,” said Njoroge. Education, he added, is not a preserve of students alone. “Parents, teachers and other stakeholders should join hands with a view to improving education standards,” he explained.

“Let us motivate our teachers and students, especially those in day secondary schools,” Njoroge added.

On the Kenya Certificate of Primary Education (KCPE) performance, the education director said there was a slight improvement in the mean score in Kajiado North, from 298 in 2018 to 303 in 2019. He said there are too many pupils in public primary schools in Kajiado North and “this affects the overall performance.”

“Even if teachers are doing their best, the high number of pupils is a stumbling block,” said Njoroge, adding that in certain schools, there are up to 120 pupils per class.

The solution to this congestion problem, he said, is for more classrooms and even schools to be constructed. “We should increase the number of classes in these schools, or build new schools altogether; our schools are seriously congested and it affects performance in national exams,” said Njoroge.

The large number of pupils in primary schools in the sub-county also affects transition rates to secondary schools. “There are very few places in Form One for the many Standard Eight candidates,” added Njoroge.

The Ministry of Education is pushing for a 100 per cent transition rate from primary to secondary school. While conducting a mop up exercise for pupils who are yet to take up their secondary school places in Kajiado Central, Education Minister George Magoha said that at 63 per cent, transition rates in Kajiado County are still low compared to, say, Murang’a, which has already surpassed the 100 per cent mark.

When it comes to deejaying, Pololet is the reigning Maa queen

Lenku in all-out war on Masiaya