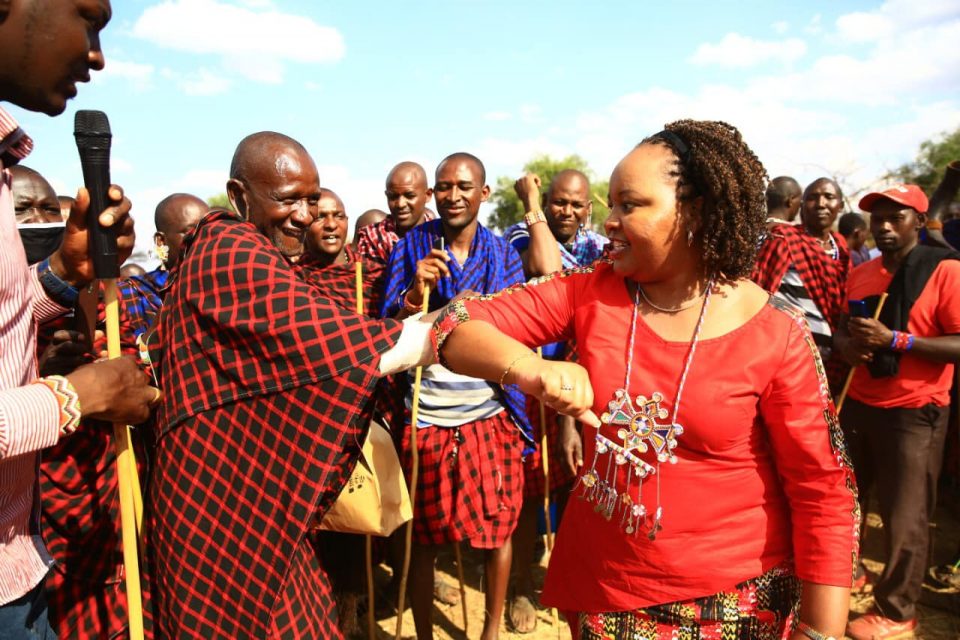 This comes barely a week, after she led Kanu leader and Baringo Senator Gideon Moi to the same function.

The Embrace Kenya team, which comprises a faction of the Jubilee Party that is allied to President Uhuru Kenyatta and those allied to ODM leader Raila Odinga, was represented by among other leaders; Kirinyaga Governor Anne Waiguru, Homabay Women Rep Gladys Wanga, her Busia counterpart Florence Mutua and immediate former Nairobi County Speaker Beatrice Alachi.

The leaders, who reportedly came to represent Mr Odinga, and to deliver his message of good will, drummed up support for Constitutional reforms, which they said is aimed, among other things, to ensure that there is harmonious coexistence among the various ethnic communities in the country, and to allocate more resources to the regional governments.

Governor Waiguru, extolled the Handshake, and the BBI, describing it as the “ultimate cure” for; youth unemployment, poor healthcare infrastructure, and water shortages that the manyatta leaders decried as the main challenges that the area was facing.

Ms Wanga said, BBI is the foundation of national unity that is requisite for the country’s economic development.

“Development cannot be there, without peace,” she said.

She refuted a narrative, mostly “propagated” by the Deputy President William Ruto, and his political allies, that the initiative is meant to advance the interest of a few political elites, by creating powerful seats for them.

“BBI is about the welfare of the common mwananchi,” she said.

In a thinly-veiled attack on the DP, Ms Mutua said: “Some people who [earlier] opposed the Constitutional amendment, [that brought about the current constitution], ended up being the most beneficiaries.”

She further claimed, that the same beneficiaries are now planning to oppose the proposed amendments for the 2010 Constitution, even before they get to know the particular areas that are being suggested for review.

Ms Abshiro lauded the president for promising extra Sh50 billions to the devolved functions, but challenged the county bosses to expend the resources in developing their areas, giving priority to rural areas that are still lagging behind in terms of development.

Ms Alachi, on her part, challenged the warriors who are about to graduate to elders, to endeavour to prove their mettle, in the new responsibilities endowed to them.

MP Peris, who is eyeing to unseat Governor Joseph ole Lenku, clandestinely took advantage of the presence of an elected woman governor, and several other MPs, to prove her point: Women leadership is no longer a mystery, but the order of the day.